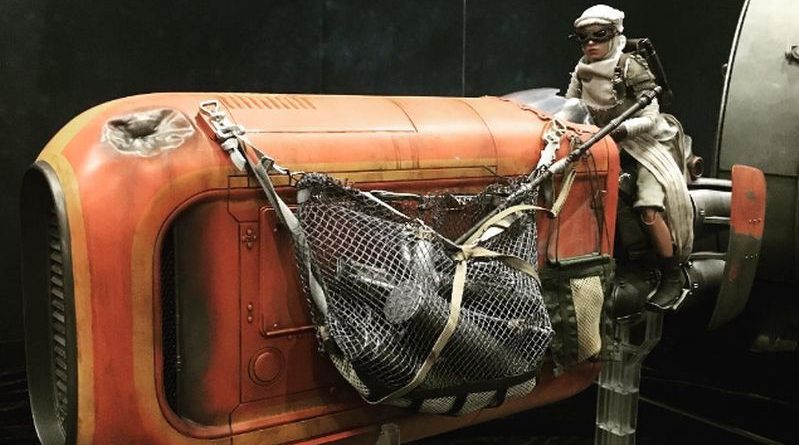 Hot Toys has several new Star Wars figures and accessories on display at SDCC, including Rey’s speeder from The Force Awakens. Original Trilogy fans have a lot to look forward to also. Being shown are a couple items that have already been announced, and some new stuff, including:

This sixth scale Rey and her speeder have sped straight to our hearts! #Booth1929 #SDCC2016

A photo posted by Sideshow Collectibles (@sideshowcollectibles) on Jul 20, 2016 at 7:47pm PDT

In the Quarter Scale, there’s a new Original Trilogy Stormtrooper and Darth Vader along with Kylo Ren.

Along with the Millennium Falcon cockpit, which Hot Toys showed last year also, there’s a 1:6 scale TIE Interceptor at the Sideshow booth. While the Falcon has a card saying that’s it is pending approval, the TIE only has a card saying “not for sale.”

Besides the new announcements, Hot Toys has the previously announced Han Solo and Chewbacca, Captain Phasma, Rey, FN-2187, and other The Force Awakens figures on display.

UPDATE: We mirrored a few pictures of the Hot Toys display from Sideshow’s Blog. Be sure to head over to their website for additional photos of the new Hot Toys Star Wars offerings along with Marvel and DC.