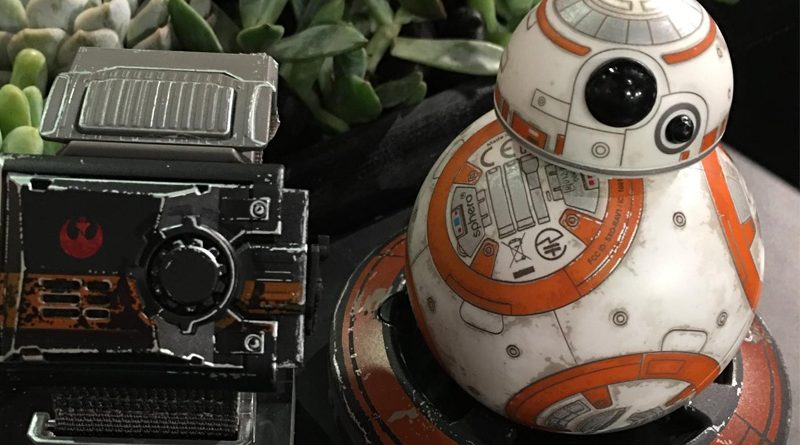 One of the more popular collectibles for The Force Awakens was Sphero’s interactive BB-8. This fall, Sphero is releasing a new version of the droid featuring a new “battle worn” deco and a distressed charging base. Also new will be the Force Band which is a wearable controller for BB-8 for those that don’t want to use the phone and tablet app.

The Force Band also comes with a very worn paint deco, mimicking a lot of the Resistance equipment seen in the movie. The Force Band has a speaker for sounds and can also “tap” you as you interact with BB-8. Sphero is teasing additional features of the Force Band but those have yet to be announced.

Price for the Force Band hasn’t been announced. It will be available on its own as well as in a package with the battle worn version of BB-8.

The first BB-8 release is still available online and in stores, such as Target, for $150.