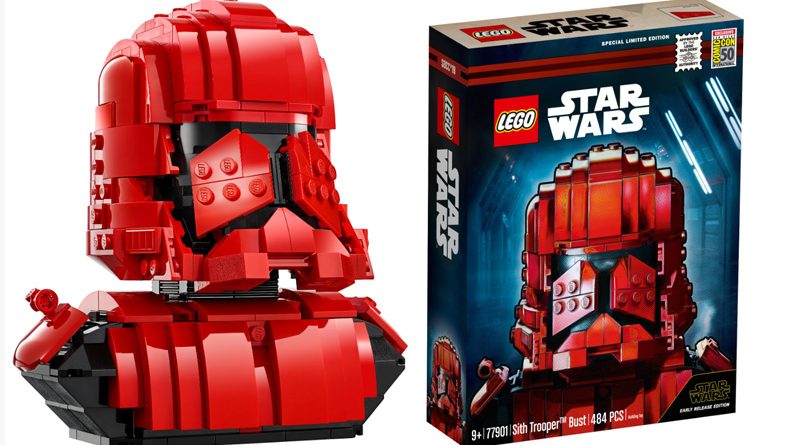 San Diego Comic-Con is a week away and we’re seeing some new announcements for exclusive as everyone is gearing up. Yesterday, Lego, along with several other companies, announced a new merchandise featuring a red Sith Trooper from the upcoming movie, Star Wars: The Rise of Skywalker.

The bust, which follows the Celebration Chicago Darth Vader release, features 484 pieces and will retail for $45 at the convention which kicks off next week on July 18th.