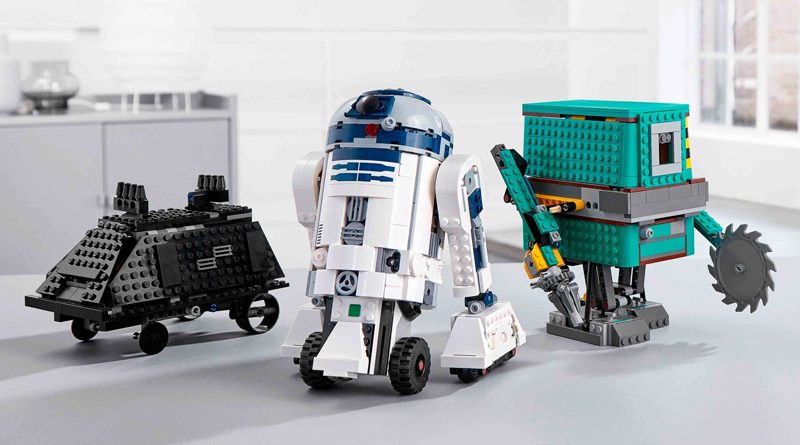 Lego has announced that they’re bringing Star Wars droids to their BOOST theme with Droid Commander. The set, launching on September 1, 2019, includes 1,177 pieces and will allow you to build R2-D2, a Mouse Droid, and Gonk Droid. Color and distance sensors coupled with an interactive motor and Bluetooh Move Hub will allow builders to program the droids to carry out over 40 missions.

The new BOOST Star Wars app will be available for iOS, Android and Fire devices and is free for download. Programmable missions for the droids include plotting a course, decoding a message and assisting in flying an X-Wing for R2-D2 while the Gonk droid can act as a load lifter or fighter and the Mouse droid can deliver messages and locate rebels.

The full press release and additional photos can be found on the Lego website. Star Wars Droid Commander is scheduled for release on September 1st with a retail price of $199.99.