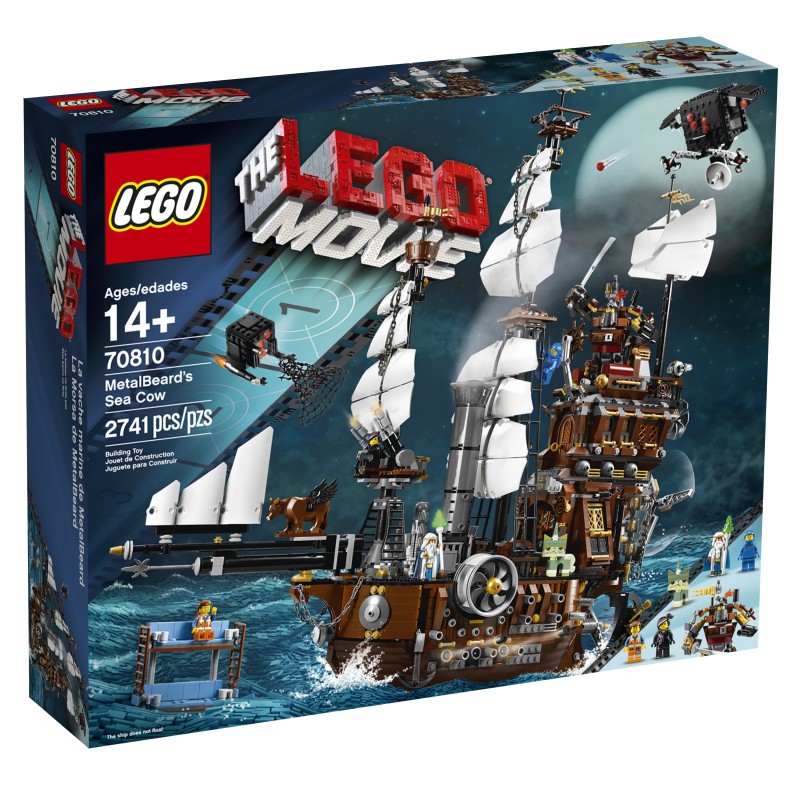 One of the big reveals by Lego at Toy Fair was Metal Beard’s Sea Cow (70810).  This Lego exclusive set is massive, containing 2,741 pieces, four minifigures, two buildable characters and retailing for $249.99.  It will be available in March at Lego Stores and online at shop.Lego.com.  Check out the official Lego photos and read the full press release below.

Help the heroes of “The LEGO® Movie” escape the Micro Managers on Metal Beard’s Sea Cow!

Shiver me timbers, the Micro Managers are approaching the heroes and Metal Beard aboard his wacky Sea Cow ship. Builders can role play climbing the mast to keep a look-out or fire the powerful cannons from the side of the ship to repel the Micro Managers — one has flick missiles and the other can shoot a net! Raise the anchors, spin the rear propellors and steer the ship to safety with a mini version of Metal Beard at the wheel. Plus, this is the only “The LEGO Movie” set that includes the famous double-decker couch. Includes 4 minifigures: Emmet, Wyldstyle, Vitruvius and Benny and 2 brick-build characters: Metal Beard and Queasy Kitty.

Available for sale only through LEGO channels beginning March 2014 via shop.LEGO.com, LEGO Stores or via phone: