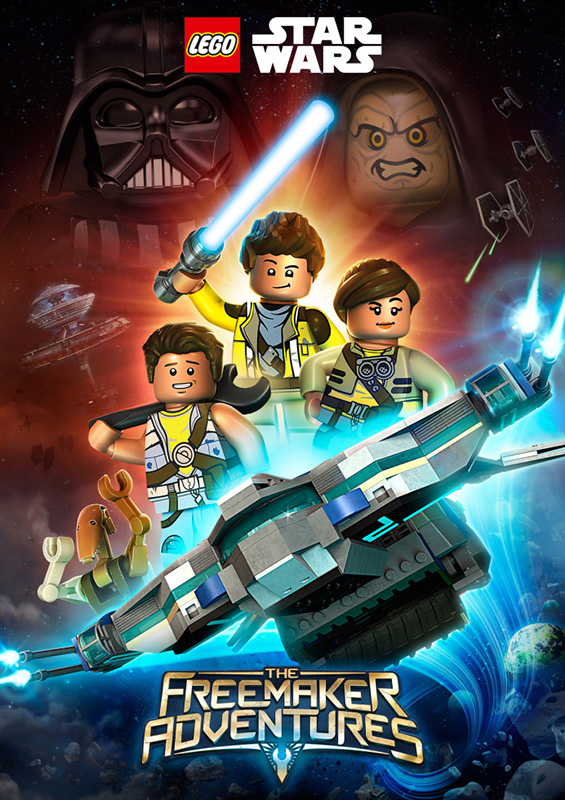 Toy Fairs starts tomorrow but Lego has already put out a press release featuring plans for 2016. Those include new sets from Star Wars: The Force Awakens alongside their new Assault on Hoth UCS set slated for a May 1st release.

Fans of the previous Lego animated shows can also look forward to Star Wars: The Freemaker Adventures which will be on Disney XD this summer. Lego will be releasing two sets to go with the show.

From Bricks to Bothans has photos of the Assault on Hoth set and starwars.com has additional information about the Freemaker Adventures.

NEW YORK, NORTH AMERICAN INTERNATIONAL TOY FAIR (February 11, 2016) – LEGO Systems, Inc. today announced a robust slate that will drive continued excitement for the LEGO® Star Wars™ product line, the company’s first-ever licensed theme collection that today is a perennial favorite among fans of all ages. From sets based on Star Wars: The Force Awakens, to those inspired by a new original animated series, LEGO Star Wars: The Freemaker Adventures to sets based on the upcoming Star Wars: Rogue One film, the 2016 LEGO Star Wars collection is one of the largest and most diverse since its 1999 introduction.

“For more than 16 years, children and kids at heart have recreated the Star Wars story through LEGO play, and this year we will give them even more stories and characters to explore,” said Jill Wilfert, vice president of licensing and entertainment for the LEGO Group. “Our collaboration with Disney and Lucasfilm enables us to bring fun and creative LEGO twists to the Star Wars universe, which is why we’re so thrilled to introduce an original LEGO Star Wars television series this year. New original characters and stories, plus two inspired building sets, will bring fans of all ages even more reasons to build and explore with LEGO Star Wars.”

The LEGO Group is celebrating the Saga in more ways than ever before, showcasing how building with LEGO bricks inspires open-ended creativity and sparks imagination. New building sets offer the chance to create the stories fans know and love while also empowering them to create their own adventures. For the second year running, a line of buildable LEGO figures brings new heroes and villains to life in a unique role-play experience.

LEGO Star Wars: The Freemaker Adventures
To continue inspiring imagination and storytelling, LEGO Star Wars: The Freemaker Adventures, an original animated series, will debut later this year. The show’s quirky heroes, the Freemakers, are a family of scavengers who build and sell starships from the scoured debris of space battles strewn throughout the galaxy. When the youngest Freemaker discovers a natural connection to the Force through an ancient artifact, his world turns upside down as he and his family find themselves in an epic struggle against the Empire to restore peace and freedom to the galaxy. Throughout their adventures, the Freemakers explore new worlds, meet new (and familiar) characters, and learn the true value of what it means to be a family. The series combines the excitement, action and adventure of a galaxy far, far away with a dose of brick-building humor for which LEGO content is best known. Two building sets based on the series – Eclipse Fighter™($29.99) and StarScavenger™ ($49.99) – launch this summer.

Star Wars Saga
In March, builders can expect seven new building sets based on the original Star Wars Saga. Characters from the Dark Side and Light Side ban together in the Rebel Alliance Battle Pack and Galactic Empire™ Battle Pack, and classic scenes get the brick treatment in the Carbon-Freezing Chamber, Hoth™ Attack and Droid™ Escape Pod sets. Collection prices range from $24.99-$29.99.

LEGO Assault on Hoth™ Base will Challenge Even the Most Skilled Fan Builders
Experienced builders can recreate the Rebel Force’s Echo Base from Star Wars: Episode V – The Empire Strikes Back in an unbelievably detailed recreation of one of the most iconic scenes in the original Star Wars trilogy. The 2,144-piece building set inspires fans to build their own scouting missions with the Snowspeeder, armed with twin spring-loaded shooters, and get back to base on the speeder bike to help Luke, Han and the other Rebel heroes. The modular design enables fans to customize their Rebel base configuration, including a Wampa cave and Wampa figure.  The set features LEGO minifigure versions of Luke Skywalker, Han Solo, Toryn Farr, Wes Janson, Wedge Antilles, K-3PO, and more. Available May 1 for $249.99.

About the LEGO Group
The LEGO Group is a privately held, family-owned company with headquarters in Billund, Denmark, and main offices in Enfield, USA, London, UK., Shanghai, China, and Singapore. Founded in 1932 by Ole Kirk Kristiansen, and based on the iconic LEGO® brick, it is one of the world’s leading manufacturers of play materials.

Guided by the company spirit: “Only the best is good enough”, the company is committed to the development of children and aims to inspire and develop the builders of tomorrow through creative play and learning. LEGO products are sold worldwide and can be virtually explored at www.LEGO.com.

For more news from the LEGO Group, information about our financial performance and responsibility engagement, please visit http://www.LEGO.com/aboutus.

STAR WARS, Star Wars: Rebels and related character names are trademarks and/or copyrights, in the United States and other countries, of Lucasfilm Ltd. and/or its affiliates.