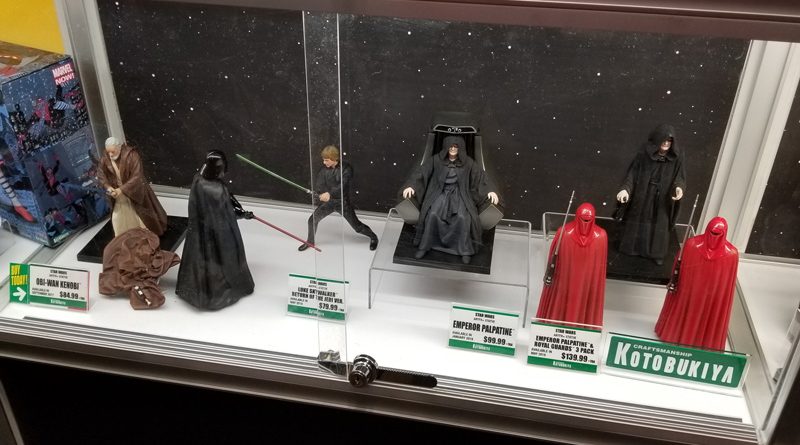 Kotobukiya showed off a lot of their products at NYCC this weekend, including a new Emperor Palpatine with Royal Guard 3-pack, an updated look at their Return of the Jedi Luke Skywalker, Captain Marvel Bishoujo, Poison Ivy with a poseable ivy accessory, and red and black Daredevil ARTFX+ statues.

Koto has several new ARTFX+ statues on the way for both the DC TV universe and the new Justice League movie. Arrow, The Flash, Supergirl, and Gotham were all represented as were Wonder Woman, Batman, Superman, Flash, Cyborg, and Aquaman.

Unveiled after were were there was a new First Order Executioner Stormtrooper from Star Wars: The Last Jedi.