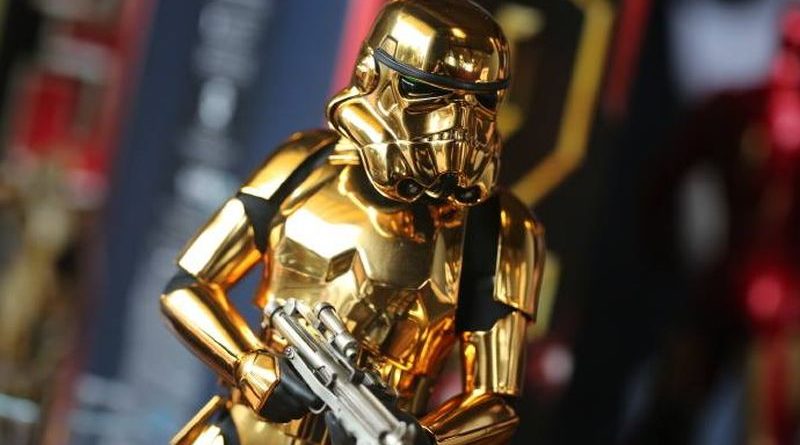 One-Sixth Republic has photos from a new Hot Toys store, opening soon at the Disney Town park in Shanghai, and mixed in with other currently announced Star Wars and Marvel characters is a new gold chrome Stormtrooper 1:6 figure.

Based on the Original Trilogy armor design, the Trooper is shown with a blaster and stand. No further details have been posted at this time.

This new Hot Toys store is in the Disney Town area of the new Disneyland Shanghai park, which will be opening on June 16th.  Like Downtown Disney, Disney Town is the open shopping district for the new park.  Disney Town opened as a preview back on May 3rd and has drawn large crowds of shoppers.  The Hot Toys store is not yet open but did have a preview day where the photos were taken.

Head over to OneSixthRepublic.com for additional photos of the Star Wars and Marvel offerings.