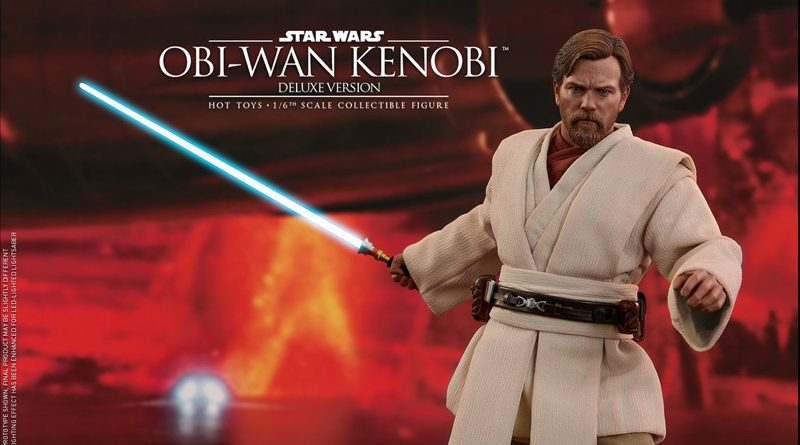 Hot Toys has updated their Facebook page with the reveal of two versions of Obi-Wan Kenobi from Revenge of the Sith. Both versions of the figure will include interchangeable hands, lightsaber hilt with light-up blade and motion blade, communicator, battle droid parts, and a stand.

The Deluxe Version of Obi-Wan also includes a baby Luke Skywalker and a light-up table with Emperor and Anakin holograms. Additional photos of the figure can be found on the Hot Toys Facebook page for both the regular and deluxe releases.

Update: Obi-Wan is now available for pre-order. The regular edition is $235 while the Deluxe Version will set you back $274. Both versions are scheduled to be released between April and June 2019.