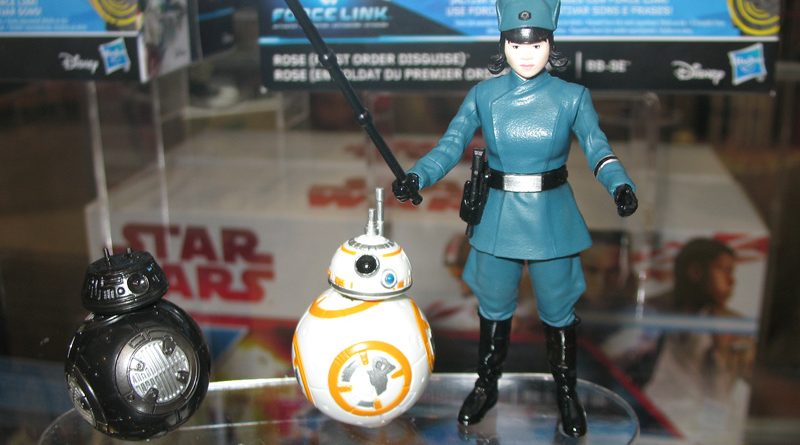 For Star Wars: The Last Jedi line of toys, Hasbro introduced Force Link technology which embeds a chip in the action figures and vehicles and allows them to interact with a Force Link band that you wear like a watch. By holding action figures and vehicles, and moving or shaking them, sounds are activated and in some cases, such as Kylo Ren’s TIE Silencer, the engine lights will come on.

Most of the toys shown at HASCON were released on Force Friday II but during the 40 Years of Play, and later in the booth, we got a look at several new figures that will be coming soon. On the single carded front are Yoda and Obi-Wan, which a few websites received in a preview release for Force Friday, and General Leia Organa who is currently available for pre-order on HasbroToyShop.com. Announced at San Diego Comic-Con and on display were Hoth Leia, Emperor Palpatine and a Qui-Gon vs Maul 2-pack. Newly announced were Rey (Island Journey), Luke Skywalker (Jedi Exile), and DJ (Canto Bight). There’s also a 3-pack that includes Rose with BB-8 and BB-9E,.  R2-D2 will be joining C-3PO, out now, and Baze Malbus and Chirrut Imwe will be coming back in a 2-pack and feature the Force Link technology.