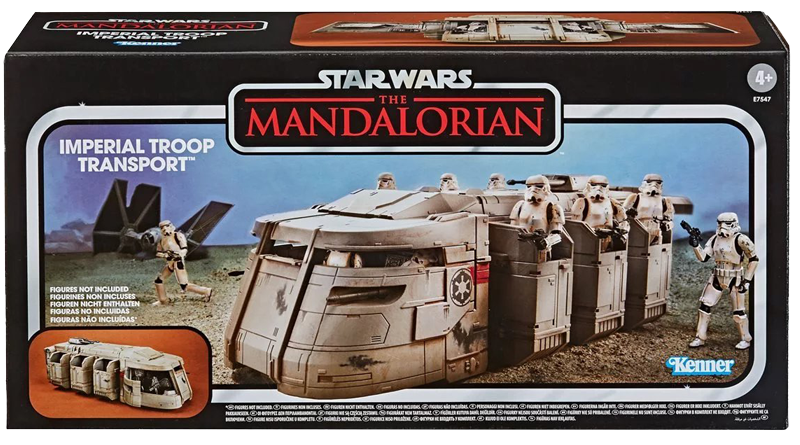 YakFace.com has been rumoring a Vintage Collection Imperial Troop Transport for a while now and it’s finally been revealed through pre-orders on sites such as EntertainmentEarth.com.

From The Mandalorian, the Imperial Transport has room for pilots, six Troopers in the side compartments, additional troops inside with seating, and opening top and rear hatches. The price is $69.99 and, per Entertainment Earth, scheduled for a March release. We should see additional photos and have more info at New York Toy Fair which runs from February 22 – 25, 2020.