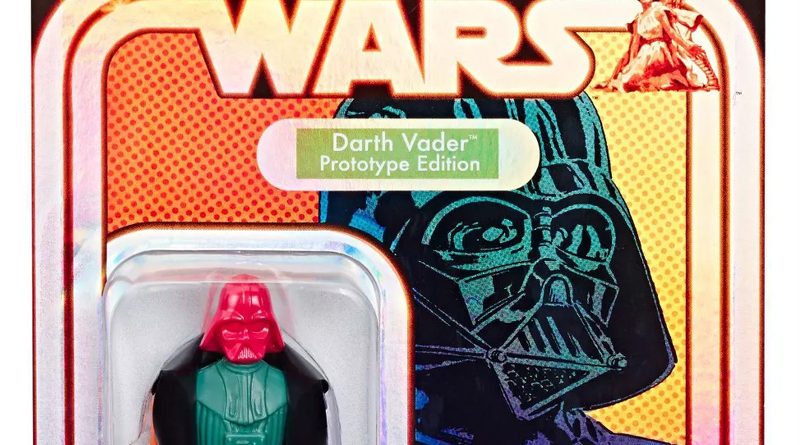 Hasbro has several exclusives for this week’s San Diego Comic-Con, including a Luke Skywalker 3-pack Vintage Collection set, Black Series Boba Fett and Sith Trooper, and a “prototype” Darth Vader Retro Collection figure. With the exception of the Sith Trooper the others were announced at Celebration Chicago back in April.

While the Black Series and Vintage Collection releases should be available after San Diego via Hasbro Pulse, the Retro Darth Vader figure will be available from Target. Announced in a blog post on Friday, Target will be releasing Vader on Sunday, July 21st along with other toys from Hasbro, Mego, and Funko. August 2nd will be the launch date for the releases in stores.

The Darth Vader Retro figure is a “prototype” and will be made up of multiple colored head, limbs and lightsabers. From speaking with Hasbro during Celebration, there are six different colors that can make up a figure. Some rules that they’re looking to stick with include figures not having the same color for the head and torso, the lightsaber won’t be the same color as the arm, and no more than two limbs of the same color.

San Diego Comic-Con starts Wednesday with preview night. The Vintage Collection and Black Series figures can be found at the Hasbro Pulse booth, #3329. Retro Prototype Darth Vader will be sold at Entertainment Earth’s booth, #2343, and retials for $12.99.