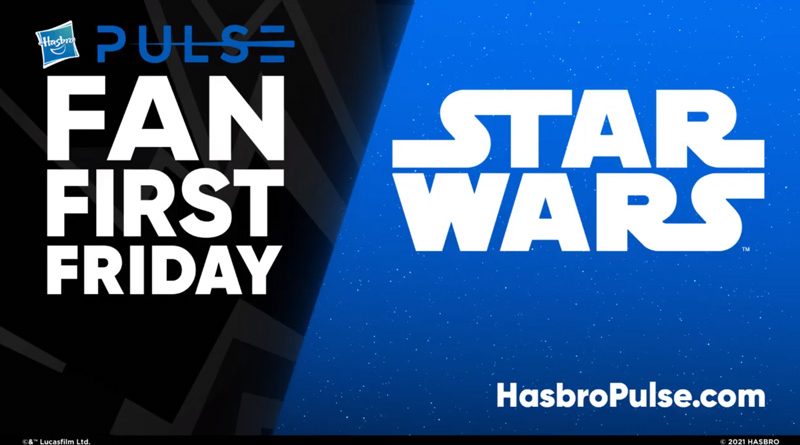 At the top of the livestream, Patrick noted that they had receive a lot of feedback on the availability of exclusives and that there have been “challenges.” Although they were mentioned, no resolution or specific solutions going forward were announced. With an exclusive wave of Vintage Collection coming to Walmart, it appears that this will most likely be lip service and we possibly will still need to deal with cancellations and insufficient packaging at least for the near future.

First up in the Black Series line, to celebrate Lucasfilm’s 50th Anniversary there will be two waves of exclusives at Amazon and Best Buy. Last night Amazon posted the first three figures for pre-order with Kenner deco Obi-Wan Kenobi, Greedo, and a Jawa.

Obi-Wan will have a vinyl cape and opaque blue lightsaber. Greedo is in the classic green deco and without the vest that’s been added to more modern versions of the figure. The Jawa features a soft goods cloak and accessories. No word if there will be a vinyl caped variant for the Jawa. These are all $19.99 MSRP.

From Best Buy, pre-orders going live today at 1:00PM, is an exclusive wave of carded Star Wars: The Phantom Menace figures, all re-packed from their previous releases; Mace Windu, Qui-Gon Jinn, Jar Jar Binks, and Battle Droid. Because of the way the photoreal face print technology works, Qui-Gon will have an updated head sculpt so that it works with the new tech.

Hasbro is still committed to modernizing Kenner’s original 96 carded figures and today they announced three new figures towards that goal, however they will all be Walmart exclusives and not available for pre-order yet. AT-ST Driver with a photoreal face printing on a figure that’s been released before. The card for the AT-ST Driver has an AT-ST photo rather than a character photo because the figure has a removable helmet. Princess Leia Endor with new head sculpt, updated camo poncho and photoreal face printing. Finally, Paploo with new hood, dagger and staff.

Available for pre-order today at 1:00PM on most Fan Channel sites are two Star Wars The Clone Wars characters from season 7, Ahsoka Tano and Darth Maul. Both feature a lot of articulation and Maul uses the photoreal face printing for his tattoos. Ahsoka comes with two blue lightsabers like the ones she received from Anakin in season 7. Maul has his double-bladed lightsaber that will break into two pieces.

As with the Black Series, Hasbro had announcements for two upcoming Vintage Collection figures. No release dates on these yet and there were no pictures of the actual action figures. From The Mandalorian we’ll see IG-11 and from The Empire Strikes Back, Lando Calrissian.