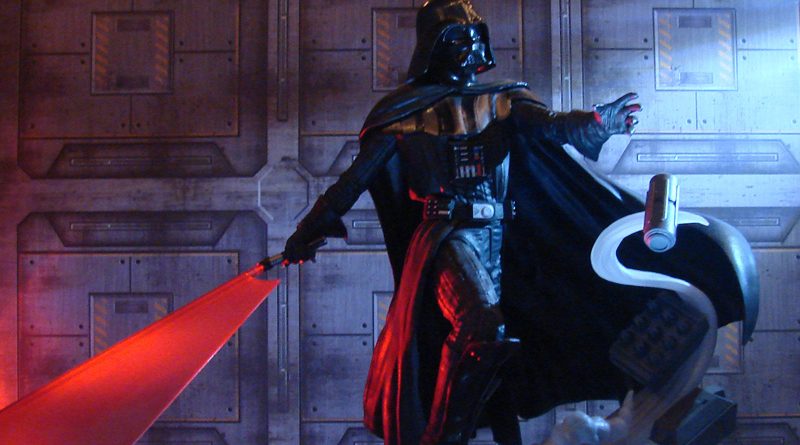 With the Gallery Diorama series of PVC sculptures earning accolades from all types of collectors, it was only a matter of time before one of the biggest brands on Earth joined the line-up! Made by Diamond Select Toys for the Disney store, Darth Vader is the first-ever Star Wars-themed entry in the Gallery Diorama format, and he kicks the Star Wars line off with a bang!

In this dynamic piece, Darth Vader, Dark Lord of the Sith™, strides across metallic plating, slicing through machinery with his lightsaber even as he lifts it with his Force powers. His lightsaber features a removable blade, sculpted as if in motion and cast in translucent material to catch the light.

Vader is the first Star Wars Gallery Diorama in a series, exclusively at the Disney store and shopDisney.com, so stay tuned for more news! He joins the previously released Disney store exclusive, the Marvel Gallery Spider-Man: Far From Home PVC Diorama.