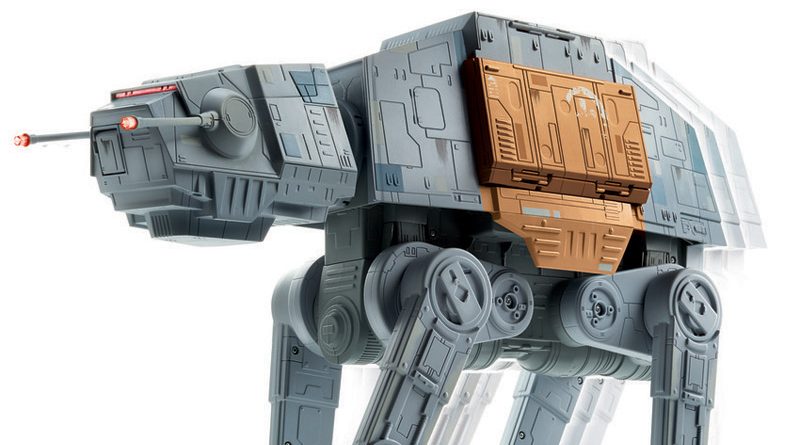 Each Star Wars film seems to have at least one vehicle that stands out and for Rogue One that appears to be the AT-ACT. Based on the iconic walker first introduced in The Empire Strikes Back, the Rogue One walker is called the All Terrain Armored Cargo Transport and Hasbro has upped their game with their version.

Featuring NERF dart cannons, the AT-ACT walks and moves it head on it’s own or when controlled by an app on your phone. The cockpit holds multiple figures and has a cargo pod that opens up into a playset. Three figures are included; Jyn Erso and exclusive AT-ACT Driver and C2-B5 astromech droid.  The AT-ACT isn’t cheap, clocking in with an MSRP of $279.99.

Hasbro will have multiple figures across all their action figure lines, from 3.75″ to 12″.  Jyn Erso will be represented in across all scales, including the 6″ Black Series line where she’ll be joined by Cassian Andor, K-2SO, and the Death Trooper.  The 3.75″ line has an MSRP of $7.99 while the Black Series stays at $19.99.

Starfighter fans won’t be left out. Due later in September are the U-Wing Fighter with Cassian Andor ($49.99) and the TIE Striker with TIE Fighter Pilot ($39.99).