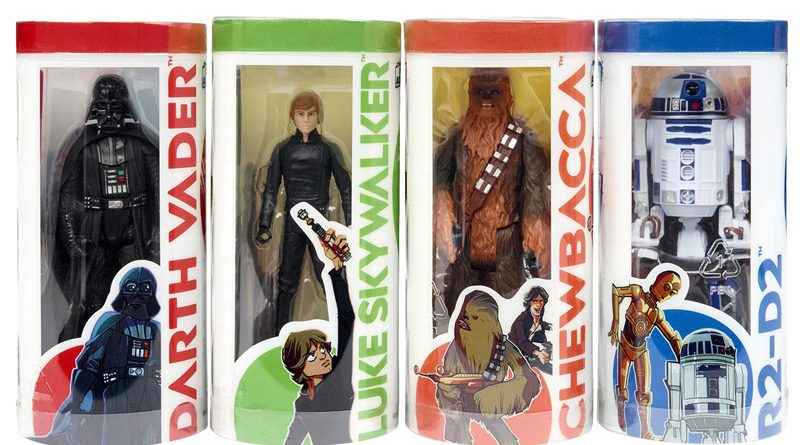 With the launch of the new Star Wars Galaxy of Adventures animated shorts yesterday, Hasbro also released information about a new line of figures to support it. The first two waves have been announced with the first including Darth Vader, Luke Skywalker, Chewbacca, and R2-D2. Wave 2 features Han Solo, Princess Leia, Yoda, and a Stormtrooper.

Each pack includes a comic book and figure in tube packaging. The figures appear to be repacks of previously released figures. Each pack will retail for $9.99 and will be available at Walmart starting today, December 1st, with wide release coming in January 2019.