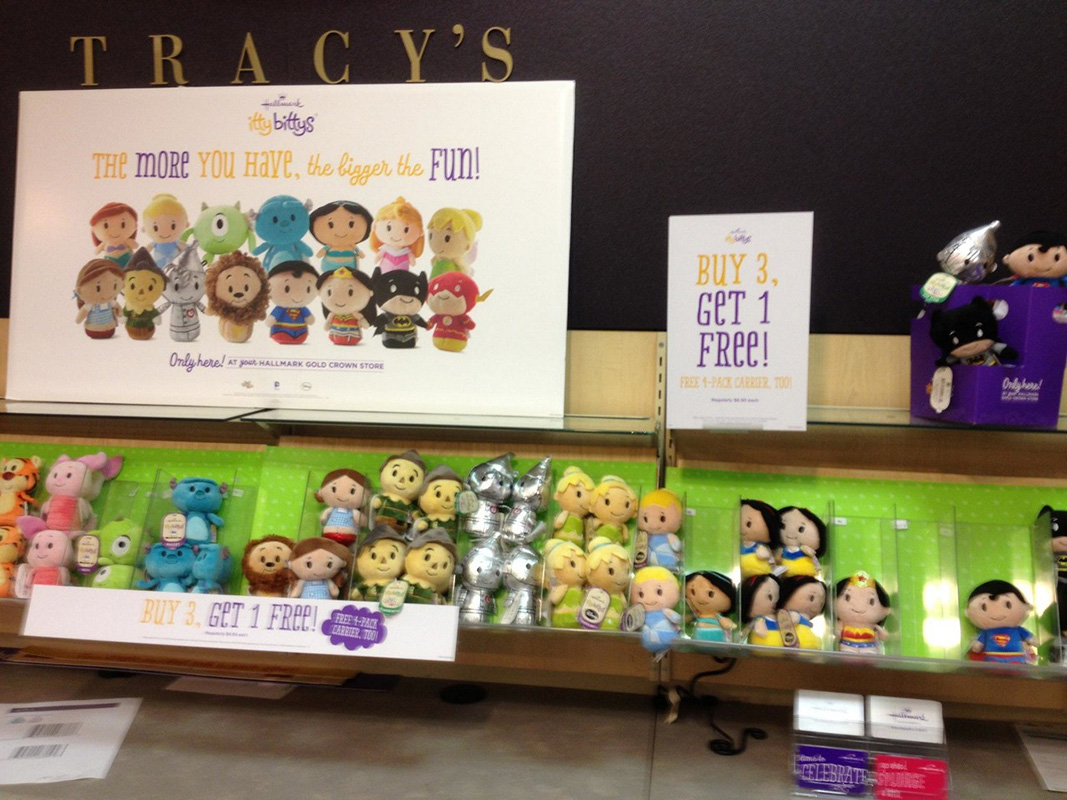 Hallmark debuted a new line of collectible plush toys towards the end of 2013 called itty bittys.  The line kicked off with Disney characters such as Mickey and Minnie, and princesses Cinderella, Snow White and Tinker Bell among others.  There are also Batman, Superman and other superheroes from DC Comics and Dorthy and her friends from The Wizard of Oz.

Later this year, in September, the line will expand to include Star Wars characters.  The first wave will include Luke Skywalker, R2-D2 and C-3PO, Obi-Wan Kenobi, Darth Vader and a Jawa.  Luke, C-3PO, Obi-Wan and the Jawa will only be available in a special Episode IV bundle and quantities may be limited.

Joe Kersavage found the new line at his local Hallmark store in Scranton, PA and sent in the photos above.  The checklist pictured here is from Hallmark’s website and includes the Star Wars characters coming this year.