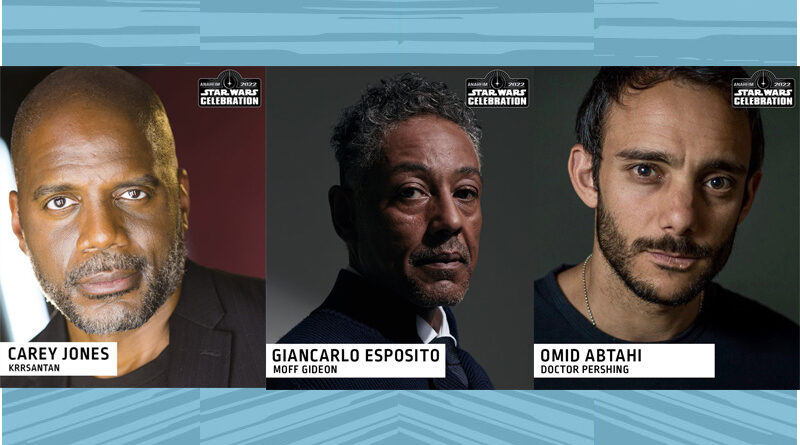 Giancarlo Esposito, Moff Gideon in The Mandalorian, has a long list of acting credits to his name and has many recent convention appearances but this will be his first Celebration signing. Also from The Mandalorian, Omid Abtahi played Doctor Pershing, tasked with extracting DNA from Grogu.

Joining his fellow Wookie, Joonas Suotamo (Chewbacca), will be Carey Jones who recently appeared in The Book of Boba Fett as Black Krrsantan. Daniel Logan, who played a young Boba Fett in the Prequel Trilogy, and The Clone Wars, is a long-time Celebration guest.

Star Wars Celebration Anaheim 2022 runs from May 26-29th at the Anaheim Convention Center.