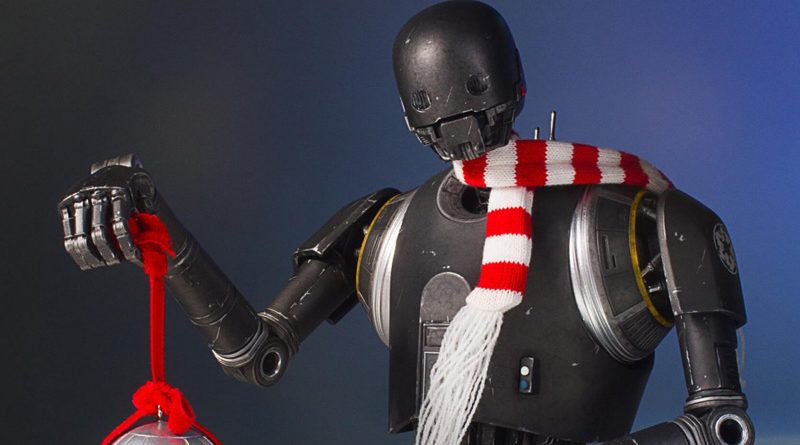 Just revealed at San Diego Comic-Con, Gentle Giant’s 2017 holiday mini bust, K-2SO, is now available for order. You need to be a Premier Guild member to order and the window is two weeks, until August 11, 2017, to guarantee your order will be filled.

K-2SO is a deluxe bust and comes decked out in a holiday scarf and holding a Death Star ornament. The scarf can be removed and he has a replaceable arm which is holding a blaster so he can be display year-round. K-2SO is due in the fourth quarter and is priced at $130.