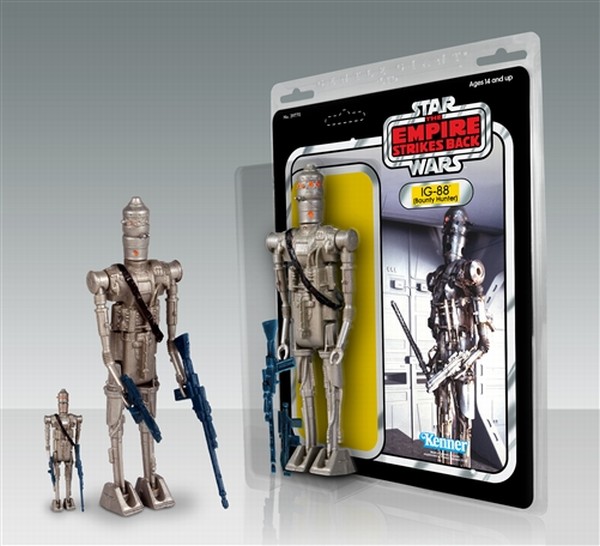 With the release of the 2012 Premier Guild exclusive Gamorrean Guard, Gentle Giant gave us a look at 10 new Jumbo figures from The Empire Strikes Back.  Apparently, they aren’t wasting any time getting to them.

Last night, Gentle Giant put up a pre-order for IG-88.  IG-88 will come on a Star Wars: The Empire Strikes Back card which will feature a 45 back design.  He’s $80.00 and is scheduled for a third quarter release.

Along with Boba Fett and the upcoming Boss, IG-88 will put us halfway to a set of the TESB bounty hunters.