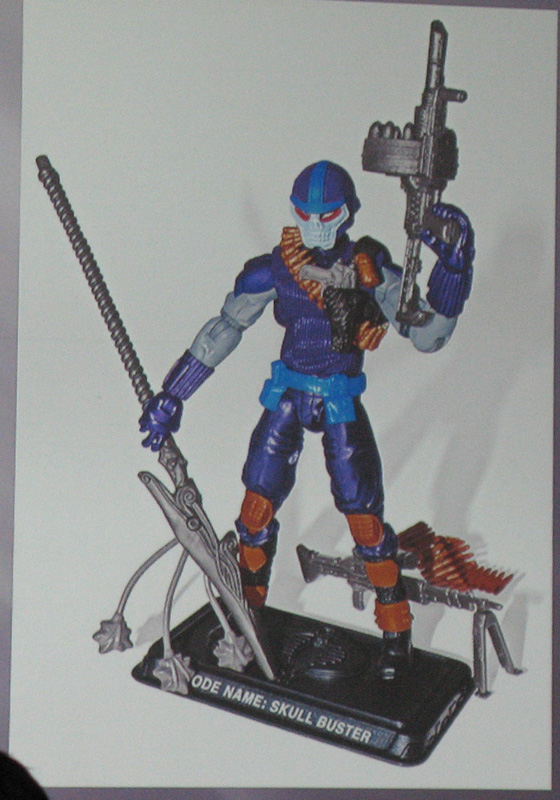 On Saturday afternoon, the G.I. Joe Club had their Round Table event where they spoke about developing this year’s convention exclusives, including showing off some prototype shots of the head sculpt of Crimson Asp.

The big announcement during the panel was the lineup for Series 2 of the Figure Subscription Service. They will include:

The Club showed photos of Skull Buster and Dragonsky but not of the rest, nor did they announce what the 13th figure will be.  There are plans to have the series 2 subscription up by the end of this week, or at least as soon as possible.  If they can get it started in time, it’s possible that there may be only about a month’s gap from series 1 to 2.

I didn’t stay for the whole Fan Club panel but did stick around long enough to hear  a few questions.  The few that I stayed for included questions on the likelihood of figures such as Pythona, Lightfoot and Sneak Peek.  All three would require a lot of tooling so would need support or for a way for the Club to release them with the existing parts.

There was no announcement on what the 2014 membership figure will be.