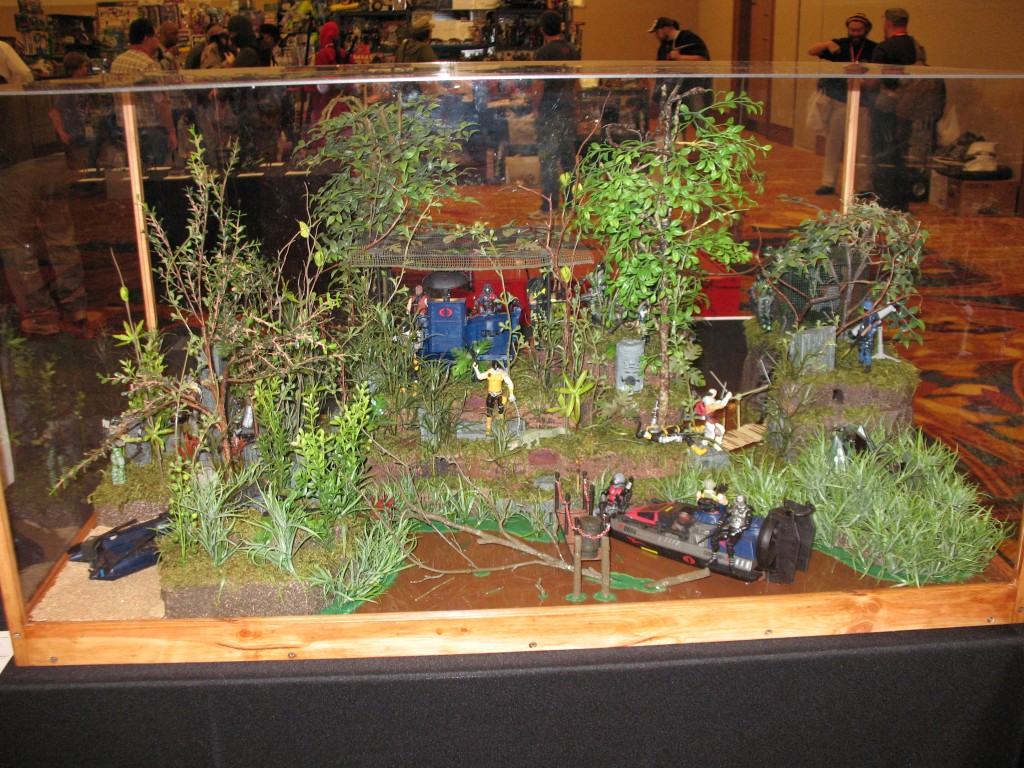 I posted photos of the custom figures and dios the other day but saved this one for it’s own post.  On the very end of the table of medium dioramas was a jungle themed setup with a custom wood and plexiglass case called “Insurgence.”

The amount of detail and the number of figures that went into it were quite impressive.  I took about 20 photos and still couldn’t get everything in.  The plan was to go back and take a video of the entire set but it was gone Sunday before I got back to it.

I spoke to the creator for a few minutes and he had some cool little things to tell about it, such as the water feature not flowing enough to have waves added to it and the fact that Low-Light is shooting through the statue he’s using as cover.  According to the entry card, there were over 20 figures in the layout and it took him about 3 months to build.  Although it didn’t win an award, it was one of my personal favorites along with the Steampunk diorama.  I’ll be posting separately on the Steampuck diorama because I did take a video of that but will need time to edit it.

Note: The photos are larger than normal in order to show as much detail as possible