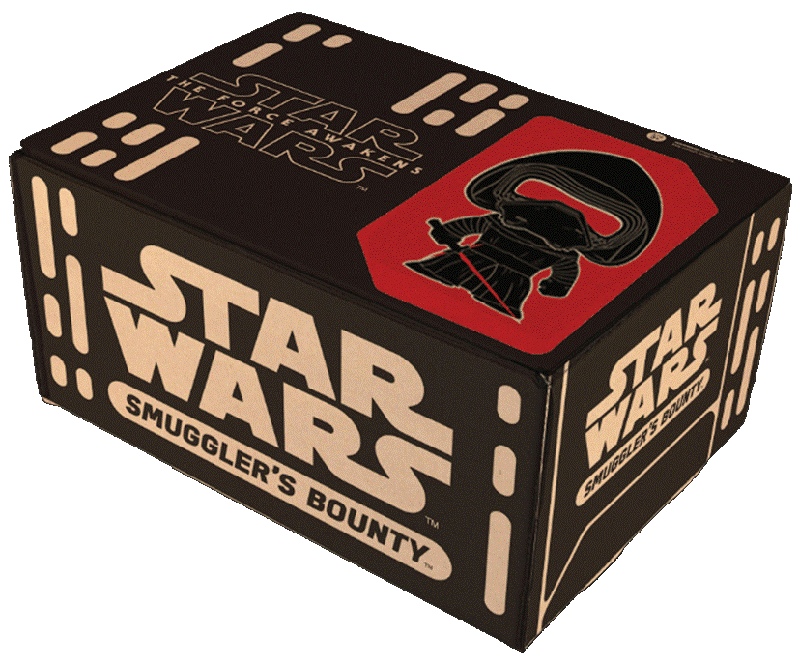 With the popularity of subscription collectible boxes, such as Lootcrate, it was just a matter of time before there was a Star Wars themed box available. And now there is. Earlier today, Funko announced the official Star Wars Smuggler’s Bounty box.  Each subscription box, priced at $25, will include at least $50 worth of exclusive Star Wars collectibles.

The boxes will be released every other month with the first due in November 2015.  The first Smuggler’s Bounty box will include two exclusive Funko POP! Vinyls.  Since the subscription has just launched, and the first box isn’t due until November, you have plenty of time to signup on the new SmugglersBounty.com website.