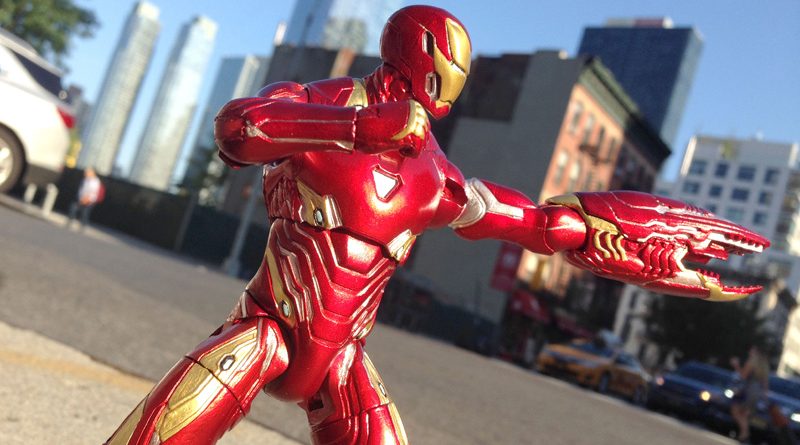 The international box-office smash Marvel’s Avengers: Infinity War is now in homes around the world, and people are still talking about the film’s spectacular action and shocking finale. Now, Diamond Select Toys is ready to release their first Marvel Select action figure based on the film, and it’s exclusively at the Disney Store and on DisneyStore.com!

The Marvel Select Iron Man MK 50 Deluxe Action Figure is based the character’s appearance in Marvel’s Avengers: Infinity War, and measures 7 inches tall with 16 points of articulation. It includes interchangeable sets of open hands and closed fists, as well as two sets of Nanotech Handblades and a Nanotech Repulsor Cannon.

The figure will be available for purchase on November 3, in-store and online at shopdisney.com and shop.marvel.com. It comes packaged in display-ready Select packaging, with side-panel artwork for shelf reference. The Marvel Select line will release the rest of its Avengers: Infinity War line ­in late December.

Iron Man MK 50 joins a variety of exclusive Marvel Select figures at the Disney Store, including Thanos, Black Panther, Savage Hulk and Unmasked Spider-Man. Find them on shopdisney.com and shop.marvel.com!