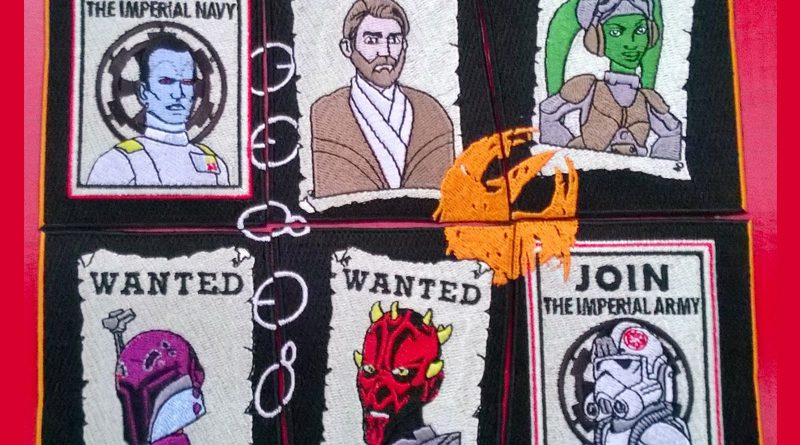 We’re just three weeks away from Star Wars Celebration and our giveaways are starting to arrive. I’ll have another item to announce in a couple of days but today I’m highlighting a 6-piece puzzle patch that I’ll be giving away along five others.

The patch, shown below, features characters from Star Wars Rebels with original artwork by Mike Nair who also does the graphics for the charity medallions sold by the Pennsylvania Star Wars Collecting Society.  I joined with five other PSWCS members, each sponsoring a piece of the patch, which we’ll be handing out and trading during Celebration. We’ll all be available at the PSWCS booth (#2055) at various times during the convention and we’ll also be available in the Star Wars Collectors’ Social Room (W305) on Friday from 2-3PM.

Each sponsor will be wearing a badge with their name and a picture of their piece of the patch (see below) so be on the lookout for those during panels or if you’re standing in line for a exhibit. I’ll be posting to Twitter throughout the weekend as well.