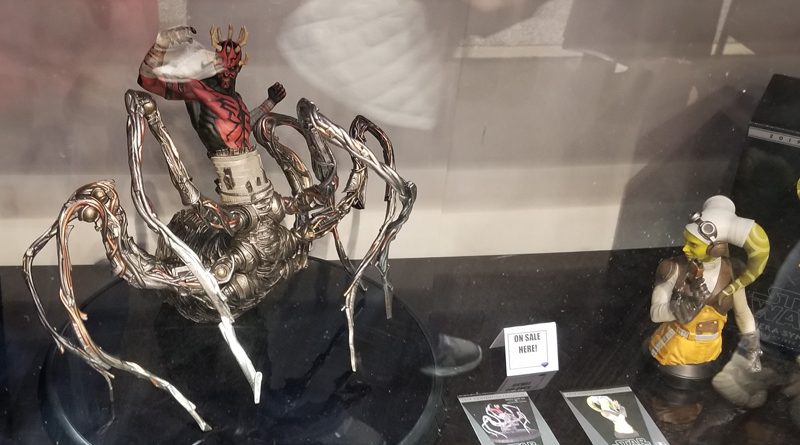 Earlier in the year as we were gearing up for Celebration, Diamond Select Toys announced that they had acquired the assets of Gentle Giant Ltd and would be the new producers of their line of mini busts, statues, and Jumbo action figures. Celebration marked the first convention for Gentle Giant under the new banner of Diamond Select Toys. They offered two exclusives for the show, a mini bust of Hera Syndulla and a 1:8 scale statue of Darth Maul with his spider legs from The Clone Wars.

On display were the upcoming Ahsoka Tano and Amanaman mini busts and the 2018 Premier Guild exclusives. Diamond Select will continue to produce collectibles in the formats that Gentle Giant has access to, including releasing some items GG had shown off but had put on hold.