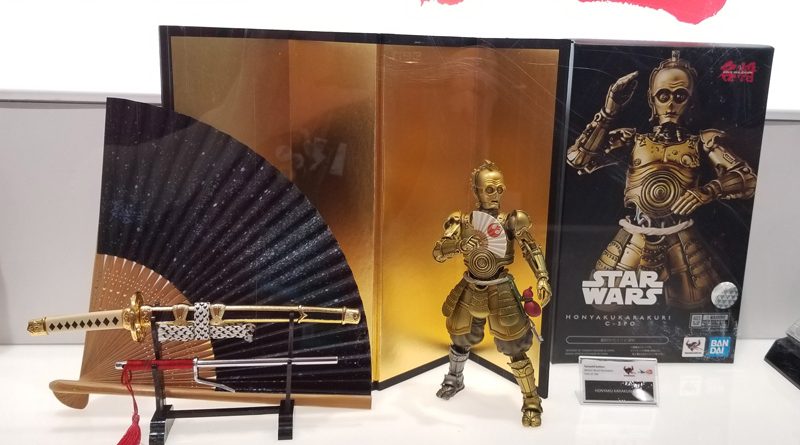 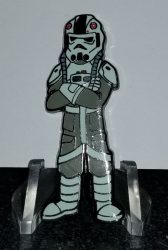 Bandai has some of the more interesting Star Wars collectibles on the market right now with their line of 1:12 scale character models, vehicle models, and both the S.H. Figuarts and Meisho Movie Realization lines of action figures. During Celebration they offered an exclusive 0-0-0 1:12 model and showed off three new Movie Realization figures; Kylo Ren, Captain Phasma, and a First Order Stormtrooper.

Along with several other companies, Bandai had a show trading pin which we were really happy to see, and AT-AT Driver.