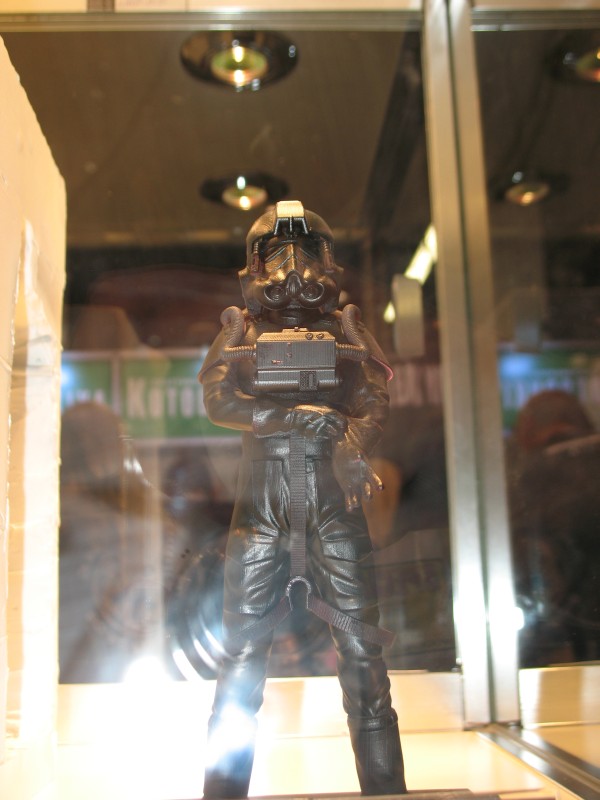 New items include an ARTFX+ AT-AT Driver statue that will come with interchangeable parts to allow him to be displayed in three different poses. We can also look forward to R4 and R5 series droids joining the collection of R2 units already available.

Previously announced, ARTFX+ Luke & Leia and Han & Chewbacca 2-packs will be out shortly with Luke & Leia expected in May. The next Darth Vader figure will be an A New Hope version and not from Empire as first listed. He should include lights and sounds. There is also a Snowtrooper 2-pack in the works.

We were hoping for an update on the next bishoujo statue but no word came out of the panel.

The booth display featured their impressive 100 Stormtrooper layout with Darth Vader and the Emperor front an center.