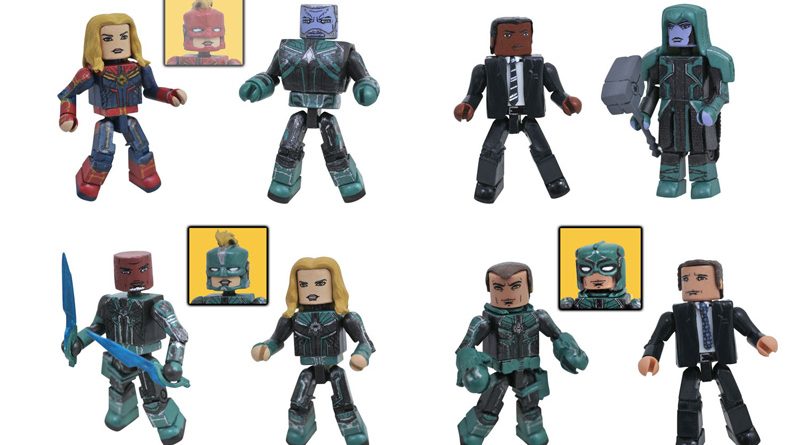 The highly anticipated Captain Marvel movie is almost here, and Marvel mania is at an all-time high! So what better time to launch the Captain Marvel Minimates line, with an exclusive assortment of two-packs at Walgreens stores nationwide!

Each Minimates mini-figure measures approximately 2 inches tall with 14 points of articulation and fully interchangeable parts. All Starforce helmets are removable, with alternate hairpieces where applicable.

Later this spring, at comic shops, collectors will be able to round out their collection with a box set featuring four exclusive figures — Captain Marvel in Flight Jacket, Nuro the Skrull, and Minn-Erva and Att-Lass of the Kree Starforce.

Find a Walgreens store at Walgreens.com!