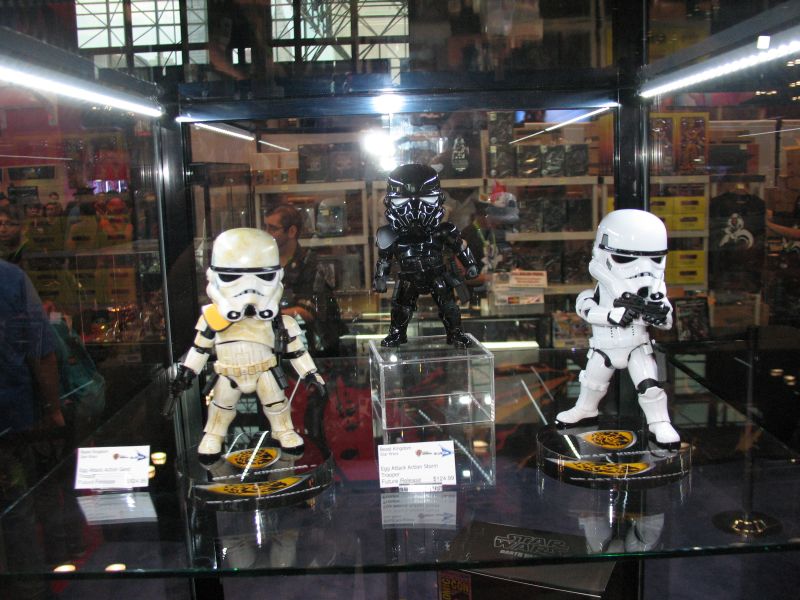 Beast Kingdom has a line of stylized figures called Egg Attack and Bluefin had several of the Star Wars figures on display at NYCC last weekend.  They range in price from about $125 to $160 and feature articulation, interchangeable parts, and stands.

Along with articulated Stormtroopers, Sandtrooper, and Darth Vader, Beast Kingdom also has an Empire Strikes Back Vader statue that features a light-up base with sound effects.

BigBadToyStore.com currently has several of the figures available on their website. At one of the recent Asian toy shows there were photos of prototypes for C-3PO and R2-D2 so the line may be expanding.