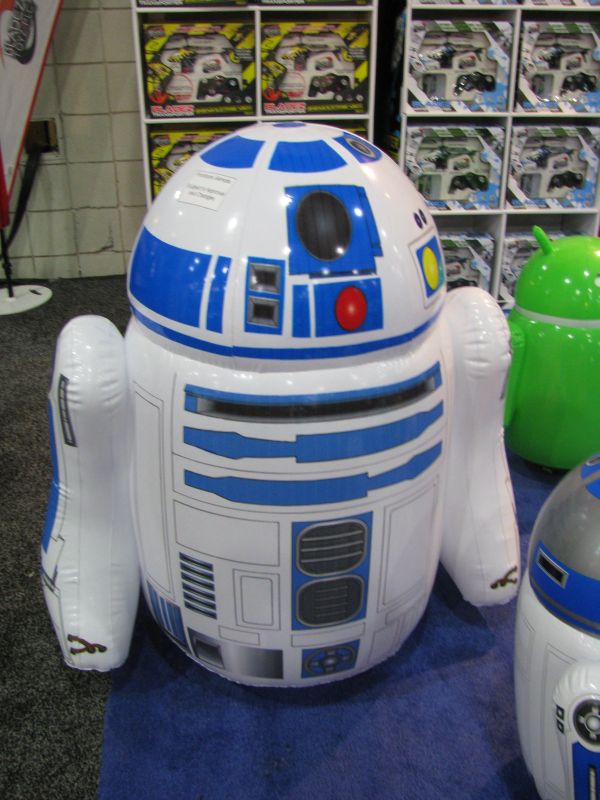 New to the Star Wars license are Bladez Toyz, who were attending Toy Fair to show off their new line of inflatable, radio controlled droids.  Their first offering is R2-D2, who stands about 2 feet tall and can be directed by a remote control that looks similar to a game controller.  Each droid comes with a pump to inflate them.

Bladez Toyz was also showing off a approved prototype of R5-D4 and an as yet unapproved 1:1 scale R2-D2 which stands over 3 feet tall and includes sound effects.

While not Star Wars related, Bladez Toyz also makes radio controlled helicopters and cars.  One of their newest products is a helicopter that has a bubble machine.  That joins the Bladez Transporter and Bladez Water Blaster choppers that are already on the market.  Bladez is in talks with ThinkGeek to pick up the new bubble helicopter.