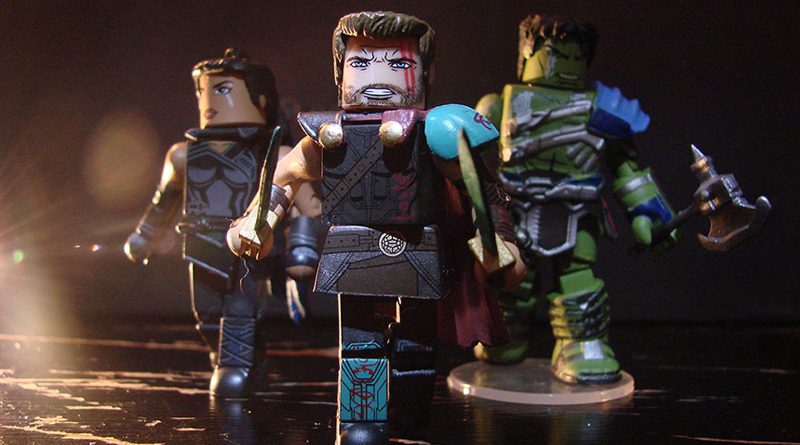 The highly-anticipated motion picture Marvel’s Thor: Ragnarok is still a month away, but you can already collect most of the film’s stellar cast in a new assortment of Marvel Minimates from Diamond Select Toys, in stores now! With exclusive mini-figures at comic shops, Toys”R”Us and Walgreens stores, you can relive the adventure of the movie – or at least the trailer – in your own home!

Also in comic shops this week is the Marvel Gallery PVC Diorama of Black Panther as he appears in Captain America: Civil War. Contact your local store to reserve one today!