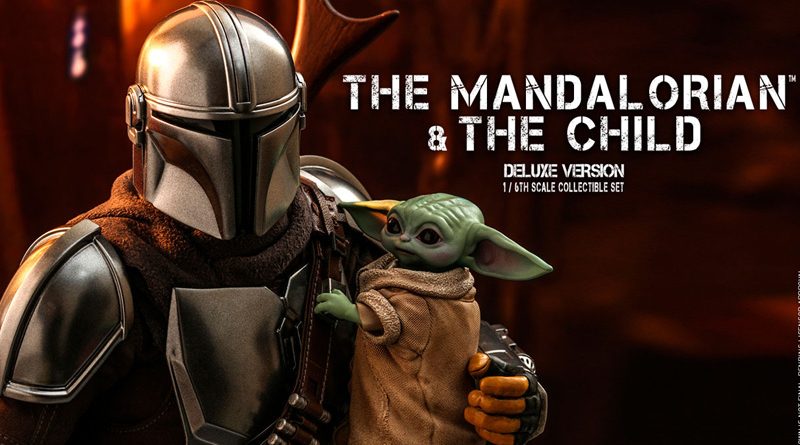 Hot Toys, via Sideshow Collectibles, is offering a pre-order for The Mandalorian with The Child figure featuring the updated Beskar version of the Mando armor. There are two versions, a deluxe for $313 and regular for $259.

Both editions of the Mandalorian include Mando featuring the updated Beskar armor, a blaster rifle, pistol, dagger and grappling hook, jetpack, flamethrower effect, tracking fob, piece of Beskark, stand and interchangeable hands. Both sets also feature The Child in a standing pose.

The Deluxe edition adds a hover pram and second Child in a sitting position. Additionally, the set includes a camtono with LED light, stack of Beskar, whistling birds effect, and a hologram of  The Mandalorian armor.

Sideshow is estimating a delivery of both versions between April and July 2021. Pre-order pages include additional photos and information on what’s included with each version.