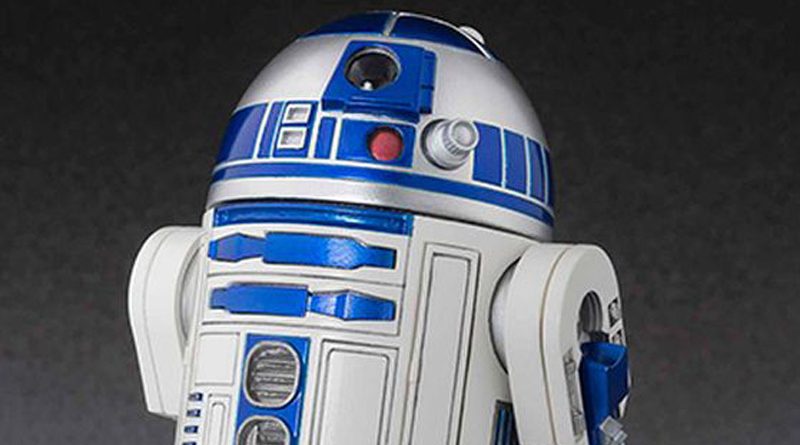 Along with C-3PO, Tamashii Nations also announced a their new R2-D2 figure. R2-D2 is also due in July with an estimated price of $40. He features opening panels and tools and can be displayed standing on two legs or rolling on all three.

One interesting thing we noticed in the photo of him standing on two legs is that there appears to be two grey tubes connecting the torso to the legs. During filming of the Original Trilogy movies, when Kenny Baker was inside Artoo, the model included connectors from the body to the legs for his feet so he could better control movement. If that’s included on the final release we think it’s a really fun nod to the film prop and Mr. Baker, who passed away last year at 81.