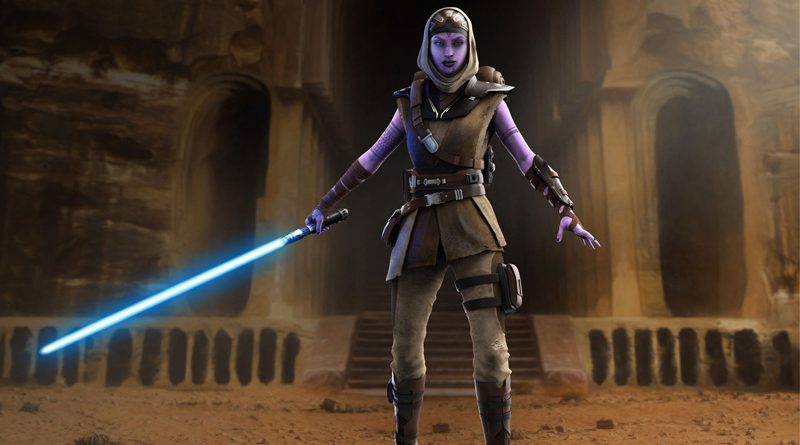 Star Wars: Tales from the Galaxy’s Edge takes place on the outskirts of Black Spire Outpost on the planet Batuu, as depicted in Star Wars: Galaxy’s Edge, the epic immersive lands at Disneyland Resort in California and Walt Disney World Resort in Florida. You assume the role of a droid repair technician operating near the planet, but when a group of Guavian Death Gang pirates attack you’ll be forced to jettison the ship’s mysterious cargo and head for the escape pods. After crashing on the planet, you’ll encounter never-before-seen areas of Batuu and discover that anyone can become a hero.

In addition to the primary adventure, you’ll visit new eras and locations through Seezelslak’s Tales, anthological stories where you assume the starring role. The first installment is Temple of Darkness, set during the all-new The High Republic era of Star Wars storytelling. You’ll play Ady Sun’Zee (voiced by Ellie Araiza), a Jedi Padawan who teams up with Master Yoda (Frank Oz) to confront a sinister evil force.

The Oculus team at Facebook Reality Labs lets people defy distance—connecting with each other and the world—through world-class VR hardware and software. The Oculus content team pursues the creation of best-in-class games, social and narrative experiences, and new VR use-cases like fitness, productivity, and travel. Oculus joins other teams at Facebook Reality Labs dedicated to building the next computing platform centered around people. Facebook Reality Labs is committed to driving the state of the art forward through relentless innovation.