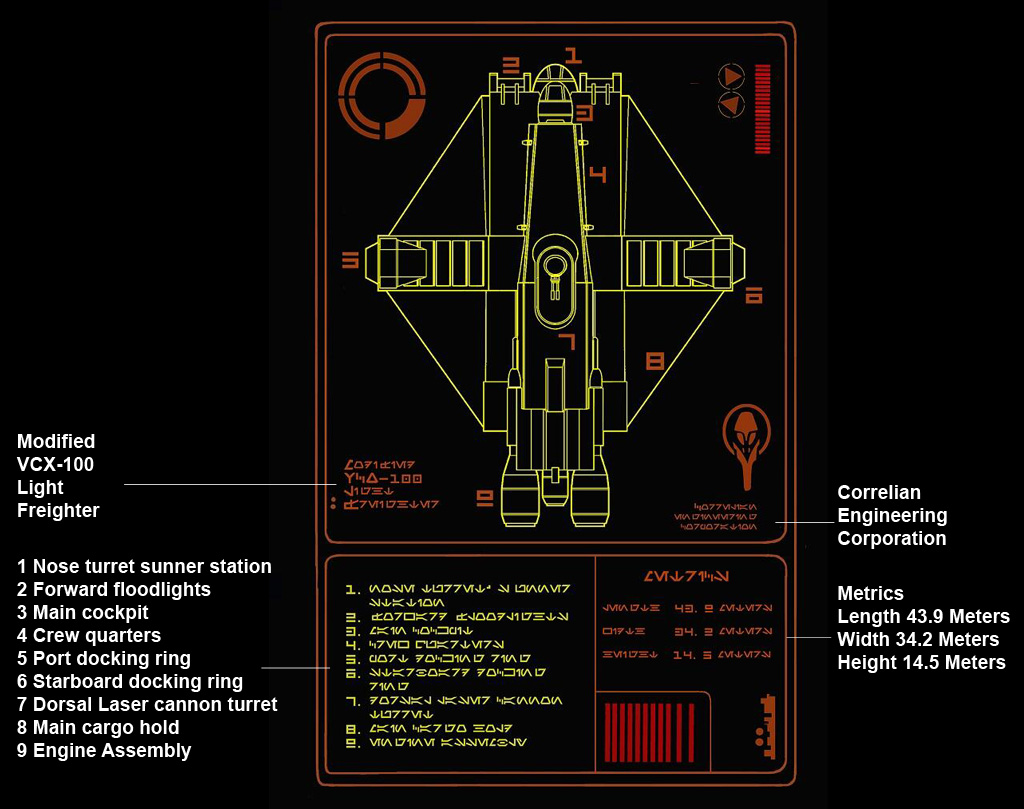 During the panel for Star Wars Rebels, a new ship was introduced.  Called the Ghost, the ship will be used by the show’s main character.  A schematic of the ship was posted with several pieces of information being in aurebesh, a font used in the Star Wars universe.

A copy of the schematic with the translated text is below. A note on number 1, there’s either a misspelling, “sunner” instead of “gunner,” or it’s supposed to read “turret’s” and then “gunner” and they forgot the “G.”  Either way, there is an error in the text.