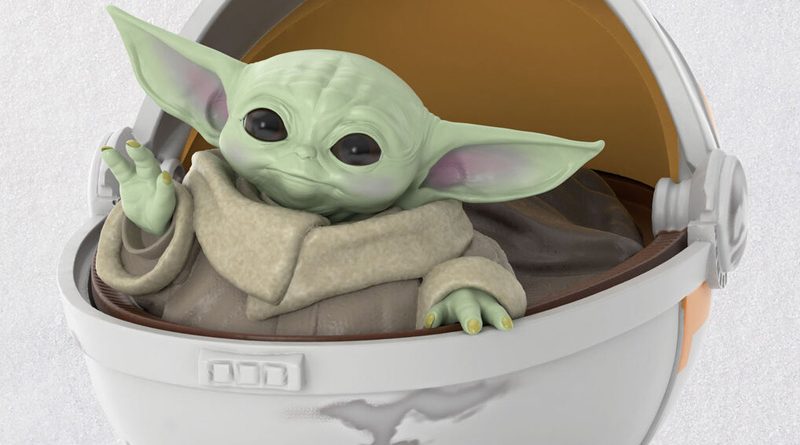 Hallmark has posted their 2020 Keepsake Ornament Dream Book to their website and we now have a look at the Star Wars ornaments coming this year.

The first release will be on May 4th with a metal Imperial AT-AT Walker. That will be followed up on July 11th with six more releases for their preview weekend. Finally, on October 3rd, we’ll see the final 13 releases.

Highlights this year include a new line of Mini ornaments, including a Death Star tree topper, for table top Christmas trees, two new LEGO minifigure ornaments, and The Mandalorian is represented by both Mando in his debut armor and The Child in hover pram. BB-8 will have a new Magic Sound release as well as a Baby’s First Christmas porcelain rattle.

Hallmark’s digital Dream Book can be viewed and downloaded from their website. The product pages all include additional photos and information on the releases.