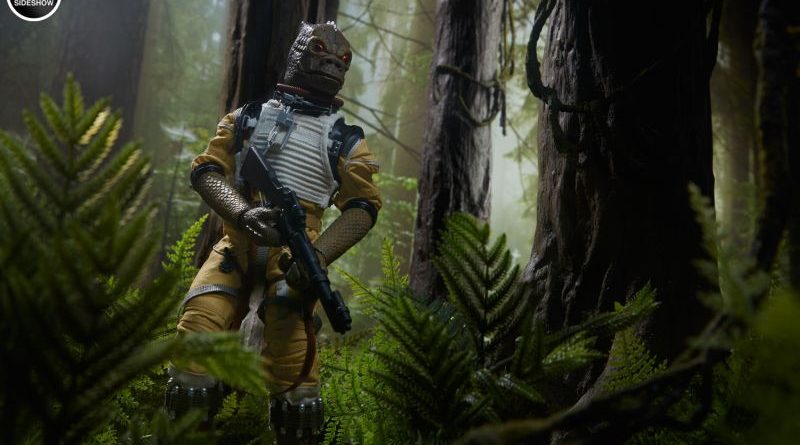 Sideshow has recently been releasing new editions of existing figures, including Boba Fett, IG-88, and the Probe Droid, and now they’re re-releasing another bounty hunter from The Empire Strikes Back, Bossk.  The 1:6 scale figure features a new head sculpt that’s more accurate to his screen appearance.  He comes with two sets of interchangable hands, detailed flight suit, Relby V-10 grenade launcher, and stand.

Bossk is limited to 2,000 pieces and is priced at $210.00.  He’s available exclusively from Sideshow’s website.  There is a non-refundable deposit of $21 due at the time of order and Sideshow’s payment plan is available.  Sideshow is offering a limited offer of free shipping and $21 in rewards.  Bossk is set to arrive between June and August 2017.