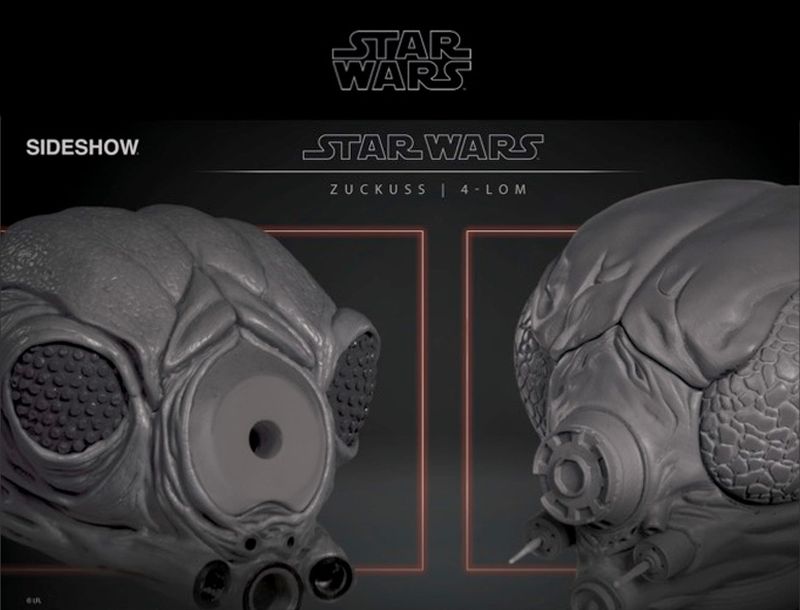 A Collector Panel was held at San Diego Comic-Con this past weekend and Sideshow revealed some new items that will be coming our way in the near future.  Several upcoming releases were teased during the online Comic-Con event but there were still a few surprises.

In the Artist Concept Series, Sideshow will be releasing the 1:6 scale McQuarrie Concept Darth Vader figure which was first shown at Celebration Anaheim.  They also have three 1:5 scale statues in the works, including a Stormtrooper, Boba Fett, and Darth Vader.

Sixth scale fans already have pre-orders for the new Jawa 2-pack and R5-D4 while looking forward to a new Darth Maul, R2-Q5, AT-AT Driver, and newly revealed Zuckuss and 4-LOM.

The full slideshow of images from the presentation can be seen on the Sideshow Website.