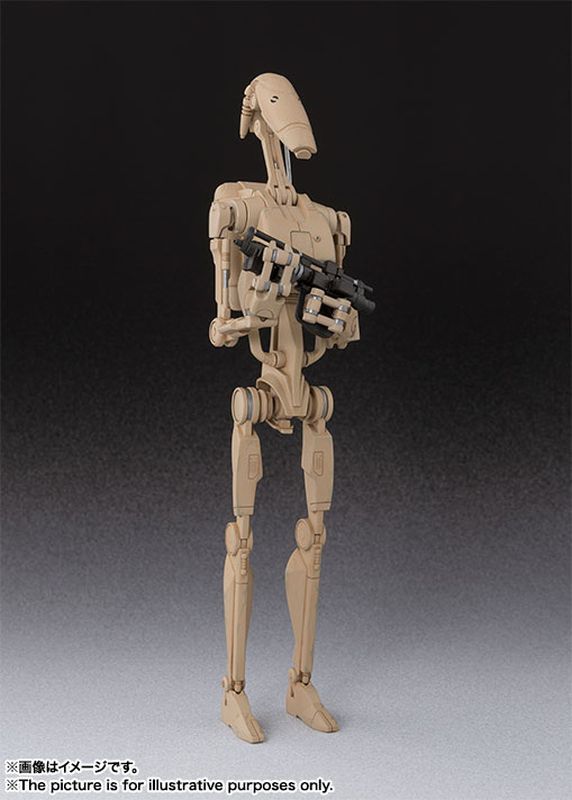 Next up on the S.H. Figuarts list is a Battle Droid. While he’s not specifically from The Phantom Menace, the Droid does go well with the Episode 1 Clone Trooper.

The Battle Droid has a blaster rifle that attaches to his backpack.  The backpack features extendable antenna and the Droid is articulated enough to be able to fold down like the Droids that were deployed during the battle of Naboo.

Like the Clone Trooper, estimated release for the Battle Droid is November 2015 and he’s in the same price range.