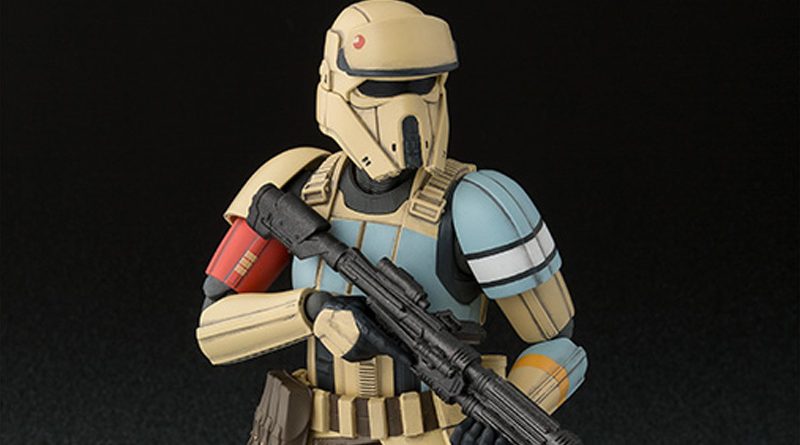 S.H. Figuarts announced five Rogue One figures yesterday, including four troopers and the new Rebel droid, K-2SO.  As with Sideshow and Hot Toys, S.H. Figuarts will be leading with a Death Trooper along with a more classic Stormtrooper, AT-ACT Driver and Shore Trooper.

The Death Trooper, Stormtrooper and K-2SO are listed as 2016 releases while the AT-ACT Driver and Shore Trooper are slated for 2017. The images were posted to the Tamashii Nations website yesterday, along with Han Solo and unmasked Kylo Ren.