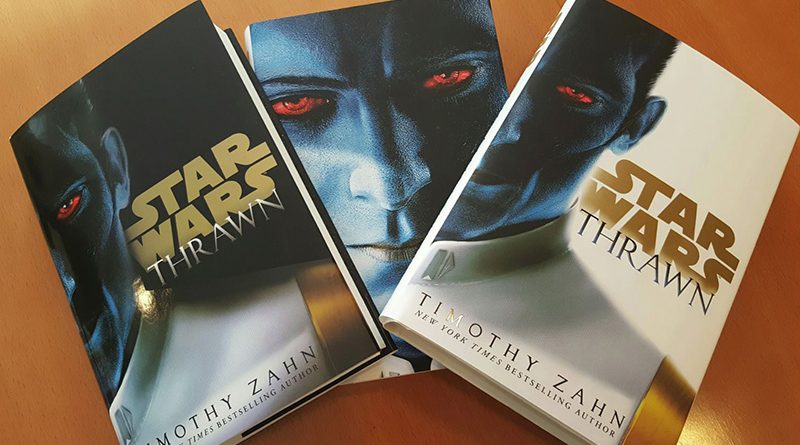 Timothy Zahn’s latest Star Wars novel, Thrawn, is scheduled for release on April 11, 2017 and now Random House has announced there will be three editions available.  A regular edition with a white cover will be released to most major retailers while Barnes & Noble will have a black cover edition which will include a 2-sided poster featuring Grand Admiral Thrawn and a novel timeline.  Both of these releases will be $28.99 and can be pre-ordered.

Celebration Orlando attendees will have the opportunity to buy a special edition of the novel for $35 that will include its own cover artwork, printed end papers and a special gift.  The exclusive edition is not available for pre-order and will only be available from the Del Rey booth (#2522) during the convention.

Timothy Zahn has previously announced that he will be attending Celebration and will be signing autographs. No schedule has been released yet but you may be able to buy  your Celebration exclusive copy of Thrawn and have it signed by the author.