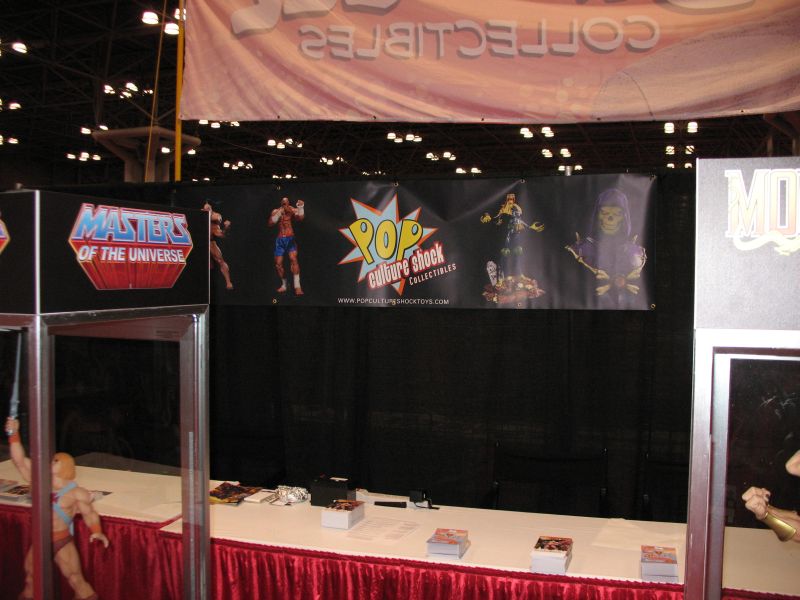 Pop Culture Shock showed off several rather impressive statues at New York Comic Con.  They have licenses for Masters of the Universe, Mortal Kombat and Judge Dredd and were showing upcoming releases from each.

One of the most impressive items was their 1:4 scale Goro mixed media offering from the video game, Mortal Kombat.  Also at the booth were Shao Kahn and Sub Zero.

If Masters of the Universe is more your speed, you can’t go wrong with He-Man himself.