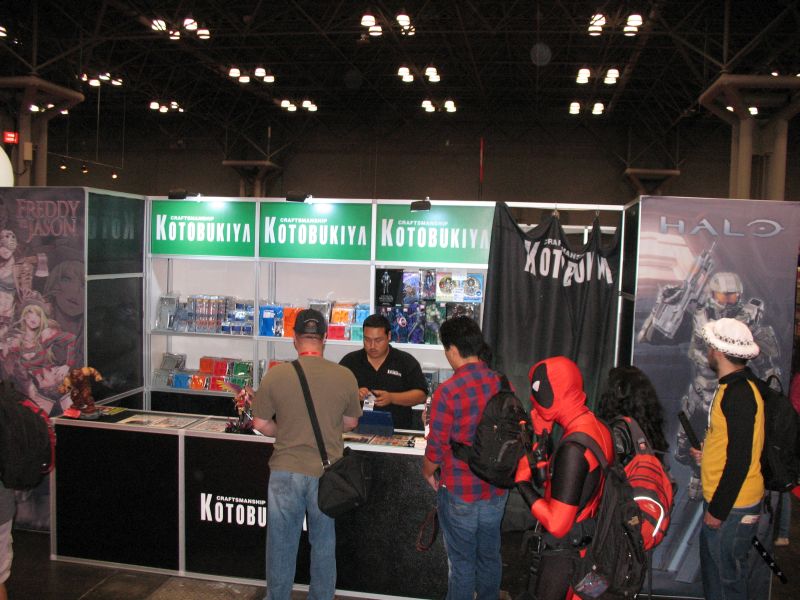 Kotobukiya has two new Star Wars ARTFX+ 2-packs on the way, including Luke and Leia, which were being shown off in their booth this past weekend.  They also had their new sandwich and egg shapers alongside their Yoda and Mace Windu chopsticks.  We were hoping for a look at the announced female Stormtrooper bishoujo but no luck this time around.

Fans of Marvel comics and movies were treated to the new She Hulk bishoujo statue and artwork for the upcoming Wasp.  DC was represented by a new Batwoman and Zatanna.  Avengers and Justice League were both well represented on the super hero side of Koto’s display as well.

Tekken and Street Fighter were just two of the video game franchises represented alongside Halo.  Three of the statues we were most impressed with were from Attack on Titan.