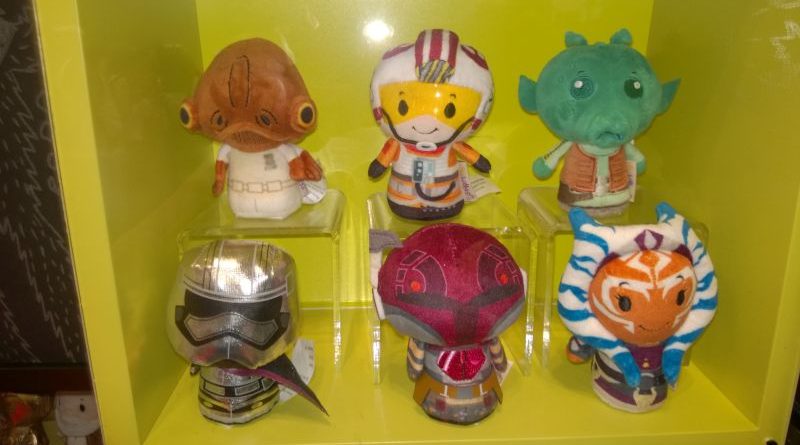 Hallmark’s booth at NYCC featured several exclusives along with sneak peeks at their upcoming Star Wars ornaments and itty bittys.  The ornaments for 2017 will include Luke Skywaker from The Force Awakens along with a duel between Obi-Wan Kenobi and Darth Vader from A New Hope. A Darth Vader helmet joins this year’s Stormtrooper, along with a new X-Wing, Darth Vader’s TIE Advanced, and a Death Star.

Upcoming itty bittys include Captain Phasma from The Force Awakens (should be out now), Admiral Ackbar in January, Luke Skywalker, Greedo, Sabine, and Ahsoka.  Luke and Greedo will be available at retail while Sabine and Ahsoka will be Hallmark.com exclusives.  All four should be out in May, likely around the May the 4th event.