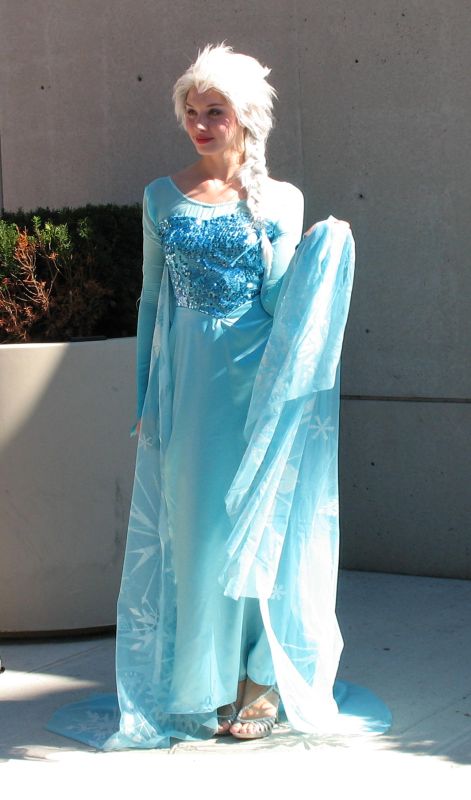 New York Comic Con 2014 was the largest yet, with an estimated 151,000 visitors, which surpasses San Diego Comic-Con’s 130K but, as with last year’s show, it didn’t feel so crowded that you couldn’t get around.  Sure, there were lines and there were aisles you needed to detour around at times, but in general, it didn’t feel claustrophobic.

Once again, I skipped Artist Alley but had plenty of time to browse the main floor and shop the various vendors that were set up.  There were exclusives from companies such as IDW, Hallmark, Kotobukiya and others, not to mention freebies from publishers who offered artist and author signings throughout the weekend.  Funko’s Pop! Vinyl line of collectibles seemed to be the hot property this year with many vendors having large sections of their booths, or entire booths, devoted to them.

The Star Wars Rebels panel on Saturday was a blast and it was fun to hear from Van Marshall about working on the show.  Getting to see an upcoming episode was an excellent bonus.  Marshall has a true love of the Star Wars universe and hearing her excitement to be working on the Rebels project makes me believe the show could have a long, successful run just as The Clone Wars did previously.

The most impressive display on the floor this year belonged to Weta who were promoting their line of collectibles for The Hobbit and The Lord of the Rings.  They had a gigantic store with Smaug keeping watch from above while some of the display walls looked like they were carved directly out of the Lonely Mountain.  Their display of statues and prop replicas was very broad and ranged in price from $10 up to several hundred.

The Block was once again an eclectic mix of modern and retro vendors and collectibles.  Plenty of vinyl collectible figures from the US and Asian markets were on sale, blind boxed trading toys, anime and Manga swag and original art all shared the space.  DJs played music and the custom game truck for the Skylanders Trap Team First-To-Play Tour drew in fans to listen and watch.

Each year there seems to be one or two events that inform the cosplay for big conventions and this year it was Frozen and Guardians of the Galaxy.  Elsa was the popular character from Frozen and we saw plenty of Star Lords, Rockets and even a Groot or two wandering the show floor.  Other superheroes such as Batman and Superman were quite visible and so were the Deadpools.  Anime and cartoons such as Adventure Time are popular and we also saw a lot of Minecraft cosplay.  I’m betting at least a couple of people will figure out Ultron for next year’s show.

On the professional side of things, we had a much easier time accessing social media and text messages from the floor this year than last.  That made it easier to coordinate panels and photo ops and post pictures and short updates.  The Press Room upstairs was also welcomed as it was a place to regroup and make plans and sit down away from the crowds.  Scanning badges in and out of the show worked smoothly again this year and even the bag checks were relatively painless.

Each year I’ve found new things to enjoy at New York Comic Con and even with the growth of the show, I don’t think it has become too large to not be run well.  Reed deserves a lot of credit for pulling off a show this size.  I can’t wait until next year.