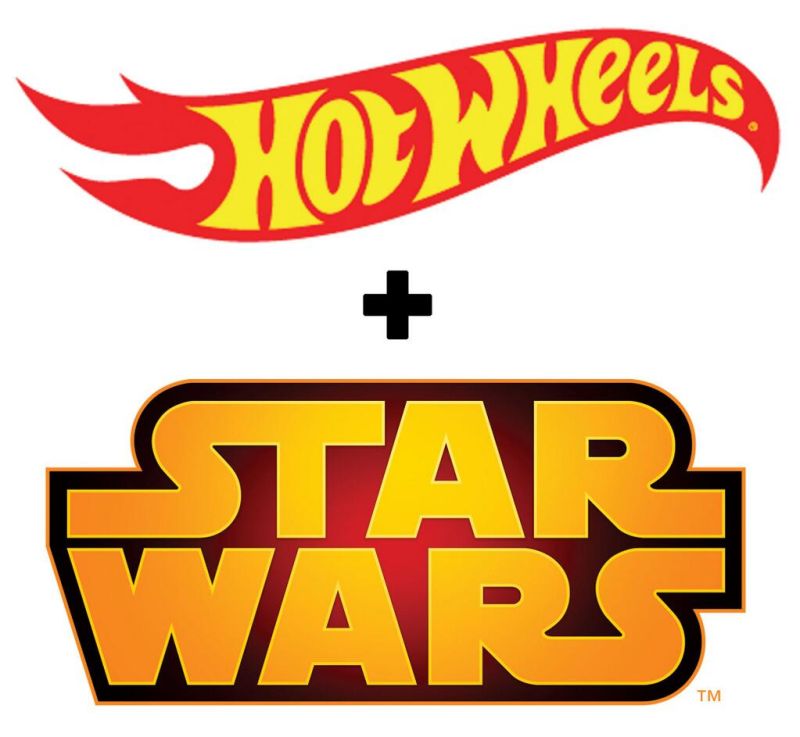 It was rumored during Toy Fair this year that Mattel would be producing Star Wars themed die cast vehicles but it wasn’t until last week that it was confirmed via the official Hot Wheels Twitter account.  More details are in the upcoming “Star Wars Insider” #150 but some details are now available.

There will be three types of releases from Hot Wheels.  The first will be character cars that are shaped like the character they represent.  These will be 1:64 scale and are similar to the Star Wars Racers line that Disney has been releasing over the past couple of years.  The first car in this line will be Darth Vader which will come in a lightsaber themed display case with lights and sounds and will be sold as a San Diego Comic-Con exclusive.

The second type will be cars with Star Wars themed decorations.  These will should be similar to the Marvel and DC cars that Hot Wheels already does where they take a more traditional shaped hot rod or van and add themed paint schemes to them.

The final type of release will be be ships from the Star Wars universe.  They will come with small display stands that double as a ring for your finger so you can fly them around.  Mattel will have a line of playsets for the ships as well as tracks for the cars.  The line of ships won’t be released until early 2015.

More details will be available at San Diego Comic-Con where there will also be a life-size version of the Darth Vader character car.