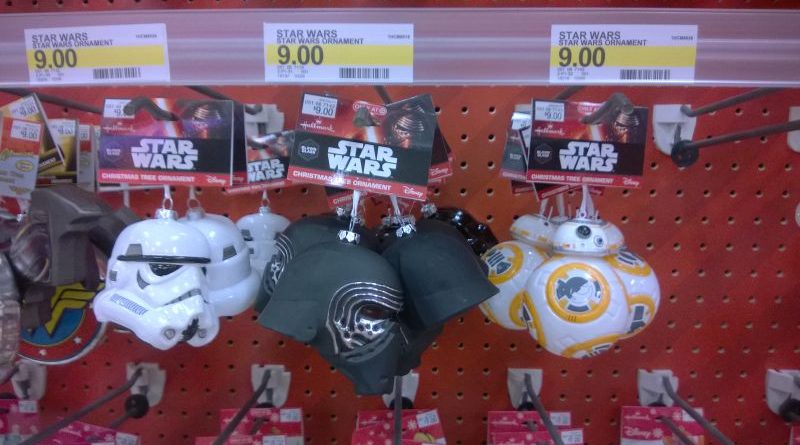 Halloween is barely history and stores are already moving on to Christmas, including Target which is now setting their decorations and ornaments. We spotted several new Hallmark ornaments including stylized Rey and Finn characters with Finn being a Target exclusive.

Along with them, other plastic character ornaments include:

All of the plastic figure ornaments were $8.  At the $7 price point are a line of plastic ornaments mimicking blown glass. Some of these may be repeats from last year, such as the Chewbacca and Darth Vader, while we believe BB-8 and Poe Dameron, at least, are new.  This wave includes:

There were also two boxed sets of ball ornaments, a 3-pack featuring logo and character decos while a 9-pack features ornaments with Rebel and Imperial logos on them.  The 3-pack, which is exclusive to Target, was $12 while the 9-pack is priced at $14.  We didn’t check to see if they were glass or plastic.

This article has been updated to include information about which ornaments are Target exclusives as well as add that there is a blown glass Darth Vader helmet (now pictured).