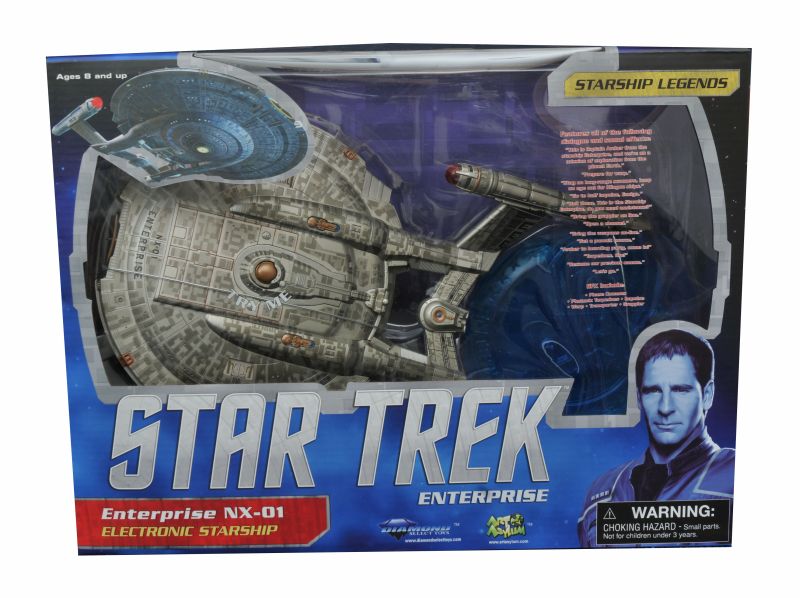 A Diamond Select Toys Release! Cookie thieves mostly come out at night, mostly, so make sure your cookies are safe with this detailed ceramic cookie jar in the shape of a ferocious Alien Warrior from the sci-fi classic Aliens! Even if it doesn’t instantly send thieves running from the room, no one will dare lift the jar’s removable skullcap to get at the sweet, sweet cookies inside – there are way too many nasty things inside a xenomorph to take the risk! This approximately 12” tall cookie jar comes packaged in a full-color box. Sculpted by Paul Harding! (Item #AUG152314, SRP: $44.99)
http://www.diamondselecttoys.com/aliens-warrior-ceramic-cookie-jar

A Diamond Select Toys release! Where does Batman get those wonderful toys? He saves up for them! In fact, if Batman used a piggy bank, it would probably be in the shape of the classic, streamlined Batmobile as seen in Batman: The Animated Series. This approximately 12” long vinyl bank looks like it just drove off the streets of animated Gotham City, and has a coin slot in the top and an access door underneath so you can save up for that grappling hook you’ve had your eye on. Packaged in a clear polybag. (Item #AUG152308, SRP: $29.99)
http://www.diamondselecttoys.com/batman-the-animated-series-batmobile-vinyl-bank

A Diamond Select Toys release! Always wanted to have Jay and Silent Bob head-bang right in your own home? Well, now you can with these all-new bobbleheads of the famous duo! Measuring approximately 7 inches tall, each resin bobblehead comes packaged in a full-color window box. Turn on some Russian heavy metal, set those heads a-noddin’, then sit back and enjoy the show!

A Diamond Select Toys release! It’s been over a decade since we explored the early days of the Federation in the Star Trek TV series Enterprise, and now DST and Art Asylum are bringing their first-ever electronic starship out of drydock! Not available since 2002, the U.S.S. Enterprise NX-01 has been given a full overhaul, with new paint, new lights, new sound effects and new dialogue straight from the show, featuring Captain Archer! The press of a button triggers the electronic features, as the 12-inch plastic ship rests atop a plastic display base. Packaged in a full-color window box with try-me feature. (Item #JUN058142, SRP: $65.00)
http://www.diamondselecttoys.com/star-trek-ships-star-trek-enterprise-nx-01-ship