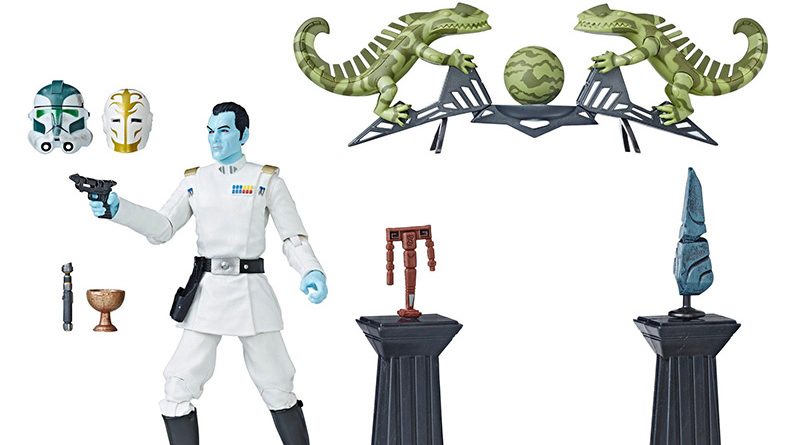 Hasbro updated their website with photos and information for two of their San Diego Comic-Con exclusives; the Black Series Grand Admiral Thrawn and Luke Skywalker with Landspeeder.

Grand Admiral Thrawn will retail for $49.99 at SDCC this weekend and then be available online starting August 14, 2017. The 6″ Black Series figure, which will see a general release later, comes in exclusive packaging and includes several accessories from his trophy room seen in Star Wars Rebels. The accessories include Gree’s helmet and Jedi Temple Guard mask, two sculptures and even the Holy Grail.

Luke and his Landspeeder will also have a general release later in the year, while the SDCC exclusive, retailing for $89.99, includes some unique paint applications to the Landspeeder and some additional detail to the motor. As with Thrawn, Hasbro is showing an online availability of 8/14 for those not attending SDCC.